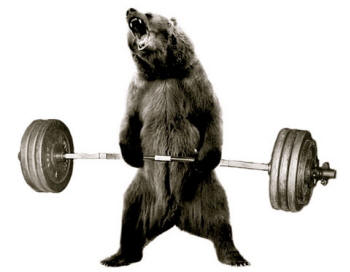 mCig Inc (OTCMKTS:MCIG) has been doing the buy-the-rumor-sell-the-news dance over the past six weeks flanking the November 8 landmark marijuana vote. The stock rallied over 600% into the vote, so it should come as no surprise that some profit-taking and corrective action would ensue in the aftermath.

Recent action has seen -50% carved out of share prices in the last few weeks. That said, MCIG has a track record that includes a number of dramatic bounces. Moreover, the name has witnessed a pop in interest, as transaction volume levels have recently pushed greater than 310% beyond what we have been seeing over the larger time frame.

The company recently announced that its VitaCig Division is continuing its international expansion by securing a three-year distribution agreement for Europe with a minimum purchase of $2M over the next three years.

According to the release, “Fresh off the heels of closing a $1.3M three-year contract for Japan, the VitaCig Division has closed yet again another lucrative international contract, this time for the European Union, including Russia.”

CEO Paul Rosenberg comments, “I am extremely pleased to announce our agreement with Mr. Jozsef Fuzesi, CEO of Nefeloma Trade LTD for the distribution and sale of our premier VitaCig line of products in both Europe and Russia. Focusing on international expansion is a key path for long term growth and success.”

One other recent detail to emerge is the company’s announcement that it elected to convert its Convertible Promissory Note into shares of Omni Health, Inc. as of October 31, 2016.

The outstanding balance owed, $98,108, including interest, was converted into just over 17,677,058 shares, increasing its current position to more than 75,177,058 shares. “MCIG had been approached by many companies that wanted VTCQ and we wanted the best deal possible for MCIG and its shareholders. We kept the brands we helped create (Vitacig), kept a sizeable share position, and made a deal with a company that is doing 7 figures in revenue a quarter,” said Paul Rosenberg CEO of MCIG, Inc.

Earning a current market cap value of $32.4M, mCig Inc has a decent store ($224.44k) of cash on the books, with total assets above $720K, which is balanced by virtually no total accumulated debt.

To the extent the company can make good on its transformation into a broad-based play in the cannabis space, this could be an interesting opportunity on the pullback. However, modular construction is not a moat, in the Buffett sense. The company’s investments and its core business may ultimately have to bear the load over time. We will continue to update the story as new events dictate. For continuing coverage on shares of $MCIG stock, as well as our other hot stock picks, sign up for our free newsletter today and get our next hot stock pick!