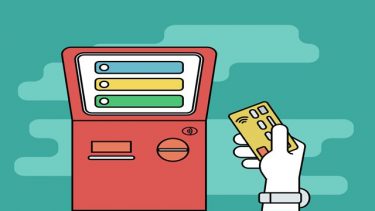 Sempra Energy (SRE) shares are trading at lower $127.97 and the avg recommendation for the stock is Moderate Buy, while the current analyst price...
Read more
Opinion

Is Now the Time to Invest in Allison Transmission Holdings Inc. (NYSE:ALSN)?

Allison Transmission Holdings Inc. (ALSN) shares are trading at lower $41.06 and the avg recommendation for the stock is Moderate Buy, while the current...
Read more
Opinion

Upwork Inc. (UPWK) shares are trading at higher $20.68 and the avg recommendation for the stock is Moderate Buy, while the current analyst price...
Read more
Opinion

DTE Energy Company (NYSE:DTE) on the Path to Ruin

DTE Energy Company (DTE) shares are trading at lower $118.17 and the avg recommendation for the stock is Moderate Buy, while the current analyst...
Read more

Qpagos (OTCMKTS:QPAG) is a penny play in what we might call the bank disintermediation space for “unbanked” customers. The stock has just recently started to catch the attention of traders on the OTC, with a major bounce underway that has more than doubled its price in the last couple weeks. The ostensible catalyst for this move is somewhat difficult to disentangle given that its recent press is only focused on a delay to filing financials, and an 8K noting that management had discovered a discrepancy in the booking of revenues and would have to restate things probably to the downside for its prior filing.

Nonetheless, we find this story very interesting, and so does the market: recent action has seen 47% during the past week in terms of shareholder gains in the stock, a rally that has pushed up against longer standing distributive pressure in the stock. Market participants may want to pay attention to this stock. QPAG has seen some dramatic rallies in the past, and is clearly involved in one now. What’s more, the listing has seen interest climb, with an increase in recent trading volume of 740% above the average volume levels in play in this stock over the longer term. Traders should note this as important due to the relatively small float size in the stock (just a tad more than 19M shares). It’s something the veterans know to key on: a restricted trading float and a jump in trading volume can crimp supply and push share prices higher.

Qpagos (OTCMKTS:QPAG) trumpets itself as a company that provides physical and virtual payment services in Mexico.

It offers an integrated network of kiosks, terminals, and payment channels that enable consumers to deposit cash, convert it into a digital form, and remit the funds to any merchant in its network.

As of December 31, 2015, it had deployed approximately 270 kiosks and terminals in convenience stores, next to metro stations, retail stores, airport terminals, education centers, and malls in urban centers, as well as small and rural towns.

According to the company’s press materials, “U.S based QPAGOS delivers state-of-the-art digital payment services to consumers and service providers in Mexico where 60% of the adult population does not have a bank account and where over 80% of personal payments are made in cash. It operates a network of self-service kiosks and applications that provides more convenient payment alternatives for consumers and more efficient billing for service providers.”

QPAGOS is formally based in Mexico City, Mexico.

Find out when $QPAG stock reaches critical levels. Subscribe to OracleDispatch.com Right Now by entering your Email in the box below.

As noted above, recent news has been clearly and unambiguously bad: It’s not good to file financials late. And it’s clearly even worse to issue a note saying that past financial data could not be relied on and was overstating revenues.

And yet the market is past that news and, on the other side of it, we are seeing buyers.

While it might be due to some kind of market influence other than the fundamentals, we would caution against rushing too quickly in that direction because this is actually quite an interesting story.

Think of it as something like a bank that only exists in terms of customer interfacing via something like an ATM machine. It’s a kiosk that acts as a bank in terms of the ability to act as a digital consumer even for the potentially billions of people who are “unbanked” in this world at present.

Hence the company, in theory, has an infrastructure coming into place with a path to addressing a clear market need, and very little competition. That could end up being an extremely compelling situation. As far as the financial data, we will just have to wait and see what the revisions are. But, even if they cut down substantially on the present data, you are talking about slicing into what looks at present like some very promising information: QPAG is currently making real money, with trailing revs reported (for now) coming in at $3.11M. In addition, the company appears to be seeing real top line growth, with current (pre-revision) quarterly y/y revs increasing at 493%.

Hence, even if we bite sharply into the numbers, this will still end up looking pretty decent. My sense is that is a big part of the story here: the bad news is out and the next step will show us something that may not be all that bad.

In short, even if we find out that there is some investor awareness activity going on here, and even though we now know that the financials will have to be adjusted, the story is still something we find potentially very interesting at the end of the day. Hence, we will follow up on this one shortly with more analysis. For continuing coverage on shares of $QPAG stock, as well as our other hot stock picks, sign up for our free newsletter today and get our next hot stock pick!