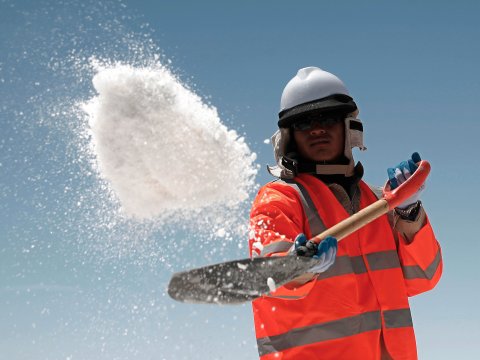 LITHIUM X ENERGY C COM NPV (OTCMKTS:LIXXF) is a micro-cap play in the lithium space. The stock has been on a bit of a roller coaster ride of late, swinging back and forth between $1.25 and $1.75 for the better part of the past 6 months. In that time, the lithium space has generally received a ton of press and this stock has gone through a rather promotional course along the way. So, the big question here that looms is as follows: What will it take to break it out above the range highs?

To answer that question, we will need to take a look at the company’s own statements about itself recently released to market. But we will also have to come into that discussion with a bit of perspective. In terms of recent behavior, we’ve witnessed 27% piled on for shareholders during the trailing month. The situation may be worth watching. LIXXF is a stock whose past is littered with sudden rips. Moreover, the stock has seen interest climb, with an increase in recent trading volume of just shy of 130% above the average volume levels in play in this stock over the longer term.

The company was formerly known as Royce Resources Corp. and changed its name to Lithium X Energy Corp. in November 2015.

Lithium X Energy Corp. was founded in 1997 and is headquartered in Vancouver, Canada.

At this point, we are most interested in the company’s Sal de los Angeles project.

The Project apparently includes 32 mining claims covering approximately 8,156 hectares in the province of Salta, Argentina. Pursuant to the agreement the Company has the option to acquire an additional 30% interest after incurring $3,000,000 in exploration and development expenditures over a two-year period and completing a Feasibility Study on the Project.

According to our read of the situation, in order to exercise the Option, the Company must issue common shares to Aberdeen valued at $5,000,000 based on a 10% discount to the 20-day volume-weighted average price (VWAP) of its common shares at the date of exercise.

At this time, carrying a capital value in the market of $101.5M, LIXXF has a significant war chest ($12.39M) of cash on the books, along with total assets above $24M, which compares with very little total accumulated debt.

Obviously, as we stated last time, the real story here will be about whether or not these assets can be developed in a manner that truly takes advantage of the market opportunity presently in place as demand for lithium-derived batteries flourishes, and if that demand opportunity expands are sticks around. Longer-term investors in this space must weigh these questions with care. We will update the story again soon as developments transpire. For continuing coverage on shares of $LIXXF stock, as well as our other hot stock picks, sign up for our free newsletter today and get our next hot stock pick!