The Bounce is On for Green Cures & Botanical Distribution Inc (OTCMKTS:GRCU) 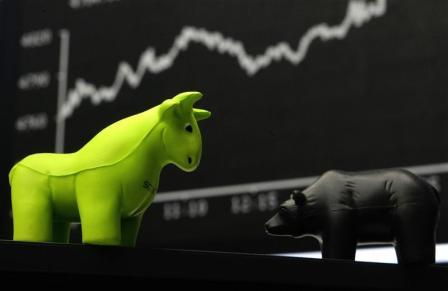 Green Cures & Botanical Distribution Inc (OTCMKTS:GRCU) is a stock that has recently regained its footing after badly underperforming the cannabis patch during the aftermath of the landmark cannabis voting on election day. We don’t see any particular catalyst fueling the recent bounce other than some press out of the company about a strong sense of public response to its booth at a recent conference.

That said, the chart shows a bit more than 100% tacked on to share pricing for the company in the past week. The situation may be worth watching. GRCU is a stock whose past is littered with sudden rips. Furthermore, the name has benefitted from a jump in recent trading volume to the tune of a bit less than 260% over what the stock has registered over the longer term.

Green Cures & Botanical Distribution Inc (OTCMKTS:GRCU) trumpets itself as a company that operates various services and products in the medical marijuana and botanical industry. It focuses on the production, distribution, and management of cannabis-derived products.

Green Cures & Botanical Distribution Inc. is based in Winnetka, California.

Find out when $GRCU stock reaches critical levels. Subscribe to OracleDispatch.com Right Now by entering your Email in the box below.

As noted above, about the only catalyst to accompany the recent doubling in stock price is the company’s announcement that “the Fifth Annual MMJ Convention in Las Vegas was a great success for the company that drew over 10,000 attendees. There were also 1,000 people who waited in line that could not get into the show because they sold the maximum number of tickets the hotel would allow. The Purple Haze Properties booth was slammed with interest in licensing and other projects. Many of the attendees were impressed with the bath and body products produced by GRCU/Hollywood Hemp at the booth.”

“I believe that Nevada and California going recreational and as well as the other 6 states voting in favor of Cannabis reform started a frenzy of investors interested in the cannabis industry,” states Andrew Pitsicalis, CEO of Purple Haze Properties and Branding Representative for GRCU.”

However, we would note that the company also recently announced the return of 300,000,000 (Three-Hundred Million) shares back to treasury, which is a somewhat more direct catalyst.

“This decision was an easy one to make as InStep Holdings LLC, who is the controlling entity, felt it was in the best interest of the shareholders as well as the company to return the majority of their common holding. The goal is to keep a low and respectable share structure, and the best way of doing that is to maintain a low Issued & Outstanding, which GRCU has achieved today. 300,000,000 shares represented nearly 50% of the shares previously outstanding. By returning the shares to treasury, it creates only positive effects on the current shareholders and the stability of the company.”

Earning a current market cap value of $14.1M, GRCU has minimal cash on the books, which stands against an appreciable load ($3.10M) of total accumulated debt. GRCU is making real money, with trailing 12-month revenues coming in at 1.24M. While we don’t entirely understand the narrative here as far as an argument for future growth, that doesn’t mean it won’t catch fire from here. But we would caution folks on the basis of the rising debt and falling revenues. Nonetheless, this is an exciting story, and we look forward to a follow-up chapter as events transpire. For continuing coverage on shares of $GRCU stock, as well as our other hot stock picks, sign up for our free newsletter today and get our next hot stock pick!