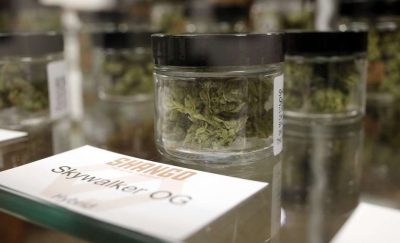 KAYA HLDGS INC COM USD0.001 (OTCMKTS:KAYS) is a stock that’s been ripping higher boosted by reports that the company has announced an unscheduled conference call to discuss operations, recent developments and growth plans for the future. This comes just a few days after announcing recent financial data showing a huge burst of growth in Q3. The company is also one of the few publicly traded marijuana stocks with exposure to the Florida market (Florida just approved medical marijuana status).

We’ve witnessed 65% piled on for shareholders of the stock during the trailing month. This is emblematic of the stock. KAYS has a track record that includes a number of dramatic bounces. In addition, the name has witnessed a pop in interest, as transaction volume levels have recently pushed nearly 310% over what the stock has registered over the longer term.

KAYA HLDGS INC COM USD0.001 (OTCMKTS:KAYS) trumpets itself as a company that through its subsidiary, Marijuana Holdings Americas, Inc., owns and operates legal marijuana dispensaries in the United States.

It offers various medical marijuana products, including Kaya Kush marijuana; various other concentrates, such as butane hash oil and CO2 oil extract; high grade oils and tinctures; two high CBD low THC strains; various marijuana infused tinctures; and Kaya Candies, Kaya Caramels, and an assortment of cookies and cakes for patients who do not smoke. The company operates its dispensaries at Portland and South Salem, Oregon.

Find out when $KAYS stock reaches critical levels. Subscribe to OracleDispatch.com Right Now by entering your Email in the box below.

As noted above, the company just announced its third quarterly report for 2016, which showed “results from operations, the licensing and build-out status of the two new Kaya Shack Marijuana Superstores currently under development, as well as discusses forward-looking growth plans for the Company after legal marijuana’s November 8th ballot victory in 7 states. In a related announcement, KAYS tapped David Kotler, a former South Florida Prosecutor who has significant experience in the early stages of medical marijuana licensing in Florida, as well as extensive contacts nationwide in the cannabis industry.”

“KAYS’ revenues for Q-3 2016 are up approximately 700% versus Q-3 2015, and revenues for the 9 month period ending September 30, 2016 are up approximately 700% versus same period ending Sept 30, 2015,” stated Kaya Holdings CEO, Craig Frank. “We are maintaining the $1mm pace in sales for FYE 2016 to set as our target. We are proud that all our revenues are generated from the production and sale of legal cannabis, and not from tomato farming, consulting, or other non-cannabis related endeavors often used to bolster revenues”.

Those results are very interesting. It’s also key to note that this company has exposure to the brand new market in Florida medical marijuana, which should add further fuel to the fire. That’s why it’s particularly interesting to see the unscheduled conference call suddenly pop up.

Specifically, the company said it will be hosting a shareholder and interested investor conference call and webinar on Tuesday, December 20, 2016 at 14:00 EST. The event will include new video of the 2 existing Kaya Shack Marijuana Dispensaries and the Company’s Grow Facility, as well as discussion on the two new Kaya Shack Marijuana Superstores under construction and pending licensing, operations including the state of the market, recent election results, and growth plans for the future.

Earning a current market cap value of $21.2M, KAYS has an extremely small store of cash on the books, alongside total assets of nearly $370K, which stands against an appreciable load ($1.48M) of total accumulated debt.

As discussed, KAYS is making real money, with trailing 12-month revenues coming in at 987.41k. In addition, the company is seeing major top line growth, with y/y quarterly revenues growing at 704%. You can bet we will update this one again as new information comes into view. For continuing coverage on shares of $KAYS stock, as well as our other hot stock picks, sign up for our free newsletter today and get our next hot stock pick!