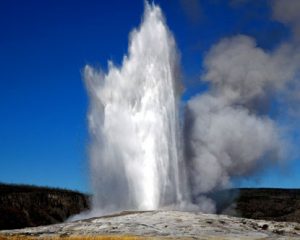 Pharmacyte Biotech Inc (OTCMKTS:PMCB) is a stock that’s been absolutely on fire after a long and difficult road during which only the most patient investors could have held on. Now, however, everything seems to be going right. Critically, the company just announced that it is now one step closer to enrolling patients in their pivotal clinic trial in advanced, inoperable pancreatic cancer after the FDA granted its request for a pre-IND (Investigational New Drug) meeting.

The last time we looked at this stock, we said, “We looked at this company in depth a couple weeks ago and took a very bullish view. PMCB seemed to us to be at a breakthrough point after a very long-suffering journey for foul-weather fans and die-hard investors. That’s nice to see. We are willing to even say we are kind of rooting for this one. In that sense, it’s good to see this latest news, which suggests that the company is truly at the next step in getting its pancreatic cancer therapy into a clinical trial and perhaps eventually approved by the FDA.” Suffice it to say, this has been one of our key picks in the past couple months. The stock is up 61% from our last report, just a few days ago.

As noted above, the company is moving toward enrollment in their defining trial. As noted in their recent release, “a host of oncologists, clinicians and scientists that represent PharmaCyte will now sit down with the U.S. regulatory agency to gain valuable insight that will assist them in filing an Investigational New Drug application — the final step before patients can be enrolled in a clinical trial.”

The other key we noted last time is the achievement of an orphan drug status on its pipeline candidate. However, an even better designated status may be coming together: Breakthrough Therapy.

According to the company, “The review of data at the 6-month hard stop could very well lead to PharmaCyte’s therapy being given the Breakthrough Therapy Designation by the FDA.”

A breakthrough therapy is a drug/therapy: Intended alone or in combination with one or more other drugs to treat a serious or life-threatening disease or condition, and Preliminary clinical evidence indicates that the drug may demonstrate substantial improvement over existing therapies on one or more clinically significant endpoints, such as substantial treatment effects observed early in clinical development.

According to the FDA, if a drug/therapy is designated as breakthrough therapy, the FDA will speed up the development and review of the drug/therapy.

We must emphasize that we do not have any evidence at all that this designation will apply in this case. But the company saw fit to highlight the possibility.

The chart shows just under 250% added to share values of the company over the past month. What’s more, the company has witnessed a pop in interest, as transaction volume levels have recently pushed a bit less than 230% beyond its prior sustained average level.

Now commanding a market cap of $96.9M, PMCB has a decent store ($2.34M) of cash on the books, with total assets a bit over $7.5M, which compares with very little total accumulated debt. PMCB is pre-revenue, but the company is starting to check the right boxes in terms of lining up a chance at future success. As more color becomes clear on the name, we will review the situation and update our take. For continuing coverage on $PMCB stock and other hot stock picks, sign up for our free newsletter today and get our next hot stock pick!