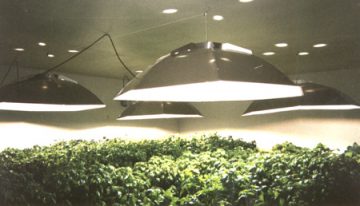 ORGANIGRAM HLDGS I COM NPV (OTCMKTS:OGRMF) is a stock that’s been powering in a monstrous upward trend all year. This is another of the rampaging Canadian marijuana plays that continue to blaze up the charts following the US voting in November and ostensibly ahead of even more dramatic legislative steps rumored to be on the way in Canada.

The company just announced that it has closed its short form prospectus offering, on a bought deal basis, including the full exercise of the over-allotment option. As such, a total of 11,339,000 common shares of the Company were sold at a price of $3.55 per Share, for aggregate gross proceeds of $40,253,450. Days earlier, the company also came out with an announcement it has completed the design work related to a proposed addition to their onsite production building located in Moncton, NB. They also have other expansion work underway, so the proceeds from the deal should fuel further growth in future financial results at a time when ROI is trending higher.

Find out when $OGRMF stock reaches critical levels. Subscribe to OracleDispatch.com Right Now by entering your Email in the box below.

As noted above, the company has several projects underway and continues to expand aggressively in a high-return environment. The Company anticipates that the aforementioned expansion will add 32,000 square feet of additional grow room area and significantly increase the Company’s cannabis production capacity by between 12,000 to 14,000 kilograms of flower per year.

According to the release, “This portion of the net proceeds of the Offering will also enable the Company to continue with its current expansion and to supplement its planned 15,000 square foot cannabis extracts and derivatives facility which is being designed to maximize utilization of plant production and cannabis oil extraction in anticipation of the expected growth in demand for cannabis oil extracts and related products. The Company intends to apply the remainder of the net proceeds of the Offering to future expansion possibilities, to working capital and to general corporate purposes.”

“The management team at OrganiGram appreciates the hard work and dedication of our construction and design team. We are very fortunate to have picked this location for our business and to be on a site with previously existing infrastructure that is significantly scalable. This makes construction quicker, less expensive, and permits us to increase our production capacity much sooner than many of our peers,” says Denis Arsenault, CEO. “Our focus as an executive team is on capturing economies of scale through cost efficient expansion, developing our unique portfolio of brands, and exercising prudence and discipline with our cash flow management. We believe these commitments and the corresponding financial results are important differentiators for OrganiGram,” continues Arsenault.

Recent action has seen 28% during the past month in terms of shareholder gains in the stock. This is emblematic of the stock rather than an aberration. Shares are now up over 400% since the lows recorded in Q1 of this year. Furthermore, the stock has seen interest climb, with an increase in recent trading volume of a bit over 200% over the long run average.

Currently trading at a market capitalization of $205.8M, OGRMF has a significant war chest ($2.76M) of cash on the books, with total assets just under $15M, which is balanced by an appreciable load ($5.61M) of total accumulated debt. OGRMF is making real money, with trailing 12-month revenues coming in at 3.66M. In addition, the company is seeing major top line growth, with y/y quarterly revenues growing at 685.4%. We will update the story again soon as developments transpire. For continuing coverage on shares of $OGRMF stock, as well as our other hot stock picks, sign up for our free newsletter today and get our next hot stock pick!