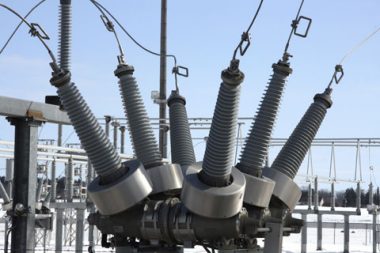 Ultra Petroleum Corp. (OTCMKTS:UPLMQ) is a stock we covered a few weeks ago, giving yet another very bullish appraisal of its state of affairs. We have been big fans of this story since we first lifted the hood a few months ago. At this point, it’s relatively clear that the company is going to emerge from Chapter 11 with some value intact for common ‘Q’ shareholders.

As we noted previously, the company filed an 8k in late November that contained the golden words: “Each holder of UPL common stock will receive (a) such holder’s pro rata share of 41% of the equity in UPL after the reorganization is consummated and (b) such holder’s pro rata share of rights to participate in the Rights Offering for 5.4% of the equity in UPL, all subject to dilution by the Management Incentive Plan (as defined below).” The stock is up nearly 60% since that announcement.

As noted above, on April 29, 2016, Ultra Petroleum Corp, along with its affiliates, filed a voluntary petition for reorganization under Chapter 11 in the US Bankruptcy Court for the Southern District of Texas.

Find out when $UPLMQ stock reaches critical levels. Subscribe to OracleDispatch.com Right Now by entering your Email in the box below.

If there was any doubt about the Plan Support Agreement holding up, recent commentary out of company management should put that to bed. Mr. Michael Watford, Chairman, President and Chief Executive Officer of the Company, said, “The fact that more than two-thirds of our Ultra Petroleum Corp. Senior Noteholders are now in support of our Plan Support Agreement attests to the strength of the deal that we have reached with these stakeholders and demonstrates that our restructuring process has made significant progress”.

As far as the oil market, this weekend will mark another important moment in the process of OPEC regaining some policy foothold on production levels. The cartel is set to meet in Vienna with representatives from a host of major exporters, including Mexico and Russia, along with many others.

Our sense is that the price of oil acted incredibly well in response to the November 30 OPEC deal mainly because it offered this non-OPEC cooperation facet. The problem OPEC has had is an insufficient scope of control given the rise of many non-OPEC producers.

However, because the market reacted so well to Russia supporting the agreement, other non-OPEC producers will be incentivized to toss in their own nominal cut promises to goose the price higher. In the end, they will all make more in revenues per day at lower production levels if the market responds well to the tactic.

The bigger beneficiaries of this dynamic are actually the American producers with oil and gas assets in the ground. Companies like UPLMQ can produce as much as they want, and at higher prices.

Recent action has seen 65% during the past month in terms of shareholder gains in the company. Market participants may want to pay attention to this stock. UPLMQ has a track record that includes a number of dramatic rips. Furthermore, the listing has witnessed a pop in interest, as transaction volume levels have recently pushed 26% beyond its prior sustained average level.

Currently trading at a market capitalization of $1.25B, UPLMQ is tracking toward a best-case outcome from their Chapter 11 path. The company is making strong revenues, with trailing 12-month revenues coming in at 629.26M.

However, with the recent rise in the price of oil, and a likely uptick in demand driven by fiscal stimulus measures, we expect top line growth to return and pick up for this name. That said, at some point, after rising over 5000% since May, this will have to consolidate to maintain a healthy bearing. In any case, this remains a very interesting story and we will look forward to updating it again soon. For continuing coverage on shares of $UPLMQ stock, as well as our other hot stock picks, sign up for our free newsletter today and get our next hot stock pick!