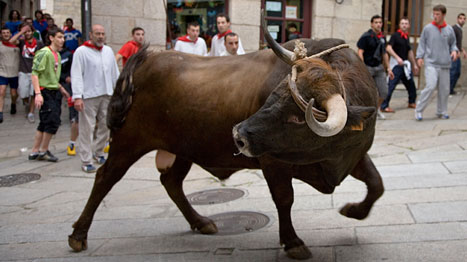 New Age Beverages Corp (OTCBB:NBEV) has been running up the charts in a wild trend as the market adjusts to new financial data that suggests an accelerated growth trend in its beverage segment. The top line is growing, and the company has shown very convincing signs of future expansion. The market is taking this very well.

Traders will note a bit less than 160% tacked on to share pricing for the name in the past month. This is emblematic of the stock. NBEV has a track record that includes a number of dramatic bounces. Furthermore, the stock has witnessed a pop in interest, as transaction volume levels have recently pushed topping 230% beyond what we have been seeing over the larger time frame. Traders should note this as important with a float in play that’s limited — under 11M shares. One is wise to respect the dynamic this may create — a restricted trading float and a jump in trading volume can crimp supply and push share prices higher.

The company offers its products directly, as well as through store door distribution systems in the United States and internationally. New Age Beverages Corporation is based in Torrance, California.

According to company materials, “New Age Beverages Corporation is a Colorado-based, healthy functional beverage company originally founded in 2003 and re-created via the combination of XingTea, Aspen Pure Artesian Water, Búcha Live Kombucha, and New Age Beverages in June 2016. In October 2016, the Company added the Marley One Drop RTD Coffee, and Marley Mellow Mood™ Relaxation Drinks brands to the portfolio. The Company trades under the newly issued symbol NBEV on the OTC exchange. The Company competes in the fast growing healthy functional beverage segments including Ready to Drink Tea, RTD Coffee, Kombucha, Energy Drinks, Relaxation Drinks and Functional Waters with the Brands XingTea, Búcha Live Kombucha, XingEnergy, Marley One Drop, Marley Mellow Mood, and Aspen Pure. The brands are sold in 46 states within the US and in more than 10 countries internationally across all channels via direct store delivery distribution systems.”

Find out when $NBEV stock reaches critical levels. Subscribe to OracleDispatch.com Right Now by entering your Email in the box below.

As noted, NBEV hit the market with gross revenues for the third quarter of this year at $15.8 million, for an EBITDA of just shy of $500K. Net revenues for the period came in at $13.5 million, and gross profit hit $3 million.

Management also notes that, “In the planning of the acquisition and combination between Búcha, Inc. and Xing, numerous revenue synergies were identified that included sales of the Búcha brand in Xing national/regional accounts, sale of the Búcha brand through New Age DSD system, and sale of the XingTea Brand in Búcha, Inc. national/regional accounts.  Capturing of these synergies have manifested in immediate value reflected in the net sales growth for the quarter, and are expected to continue with the impact of increased distribution to more than 2,000 new accounts that have been added across the portfolio during the third quarter.”

Now commanding a market cap of $107.3M, NBEV has almost no cash on the books, along with total assets of nearly $28M, which stands against an appreciable load ($13.41M) of total accumulated debt.

NBEV is making real money, with gross revenues for the three months ended September 30, 2016 at just under $16M. In addition, the company is seeing top line growth, with y/y quarterly revenues growing at 10.1% on an apples to apples proforma basis. As more color becomes clear on the name, we will review the situation and update our take. For continuing coverage on shares of $NBEV stock, as well as our other hot stock picks, sign up for our free newsletter today and get our next hot stock pick!