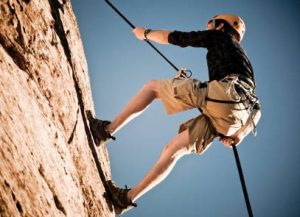 SPYR, Inc (OTCMKTS:SPYR) is a penny play in the mobile gaming space that continues to act well and climb up both the stock chart and the app rankings for their products in the marketplace. The company has been finding increasing success of late, recently announcing that its flagship MMO game, Pocket Starships, has concluded its three-market strategic European push with a tremendous showing in France. This is the third and final market in the Company’s strategic outreach and targeted growth program following success in the German and Russian markets.

We’ve witnessed 24% tacked on to share pricing for the name in the past month. This is emblematic of the stock. SPYR has a track record that includes a number of dramatic bounces. In addition, the stock has witnessed a pop in interest, as transaction volume levels have recently pushed 22% above its longer-run average levels.

SPYR, Inc (OTCMKTS:SPYR) engages in the digital media and restaurant businesses primarily in the United States. The company engages in developing, publishing, co-publishing, and marketing mobile games and applications.

It also owns and operates American Diner theme restaurant under the Eat at Joes brand located in the Philadelphia International Airport in Philadelphia, Pennsylvania. The company was formerly known as Eat at Joes, Ltd. and changed its name to SPYR, Inc. in March 2015. SPYR, Inc. was incorporated in 1988 and is headquartered in Denver, Colorado.

According to the company’s materials, “SPYR, INC. is a holding company that through its wholly owned subsidiary SPYR APPS, LLC, is engaged in mobile application and game publishing and development.  SPYR, INC. also owns and operates an “American Diner” theme restaurant located in the Philadelphia International Airport in Philadelphia, Pennsylvania called “Eat at Joe’s®” through its other wholly-owned subsidiary, E.A.J.: PHL Airport Inc.  The Company is currently exploring opportunities for additional acquisitions in these and other verticals, including mobile application and game development, to expand its holdings, to drive and increase revenue and to generate profits and build value for shareholders.”

Find out when $SPYR stock reaches critical levels. Subscribe to OracleDispatch.com Right Now by entering your Email in the box below.

According to a report from SurveyMonkey Intelligence, “games that are published in the strategy, role-playing, adventure and action genres are leading the way in the amount of monthly revenue they generate for mobile publishers.”

According to a recent release, “Pocket Starships is currently being marketed worldwide, and the game, which is both a Battle Arena Role-Playing Game and a real-time Strategy Space Combat Game, is seeing a rise in overall downloads in several markets specifically targeted by the company. SPYR received good news from the Apple App Store in Germany, Russia and France, where it is implementing a strategic push to introduce the game to the European gaming market. Between the three countries there are almost 150 million gamers.”

“Our European strategy absolutely needed to include France,” said Mike Turner, SPYR’s VP of Strategic Partnerships. “The French market has long been a stalwart in the global video game market. Games like Assassin’s Creed, Just Dance and Game of Thrones were all created by French companies. In fact, France is second only to the United States when it comes to video game production, so it was only natural that we conclude our marketing push in a gaming-friendly country like France.”

Currently trading at a market capitalization of $97.5M, SPYR has a significant war chest ($4.2M) of cash on the books, which must be weighed relative to de minimus total accumulated debt. That’s an excellent balance sheet situation. SPYR is making real money, with trailing 12-month revenues coming in at 1.51M. This may be a very interesting story and we will look forward to updating it again soon. For continuing coverage on shares of $SPYR stock, as well as our other hot stock picks, sign up for our free newsletter today and get our next hot stock pick!