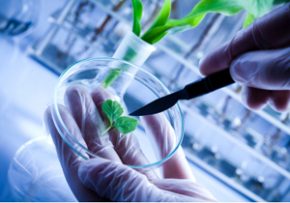 Axim Biotechnologies Inc (OTCMKTS:AXIM) is a cannabinoid play in the biotech space that has been one of the top performers on the OTC in 2016. The stock has grabbed hold of the attention of traders during its advance, powering as much as 4,900% higher since mid-October in a spine-tingling explosion.

The move has been driven by the company’s advances in chewing gum delivery of THC and CBD for the treatment of pain and spasticity associated with multiple sclerosis. We have seen major moves as the company has secured both powerful funding and strong IP protection through patenting. Those are the two most important ingredients for a biotech play with good results on the way from clinical trials: you need money and IP security to make the bet pay off. So far, AXIM is on its way in all respects.

The company recently announced the addition of Dr. Ilya Reznik to its Advisory Board. “As a Board-certified specialist in Adult Forensic and Clinical Neuro Psychiatry at the MaReNa Diagnostic and Consulting Center in Israel and a clinical practitioner utilizing medical cannabis in patient treatment for years, Dr. Reznik will be an invaluable asset to the company.”

According to the company’s recent release, “Dr. Ilya Reznik is a top psychiatry specialist with extensive clinical experience treating patients with medical cannabis. He has also published original research papers — including controlled trials — in peer-reviewed journals in the fields of clinical psychiatry and neuropsychopharmacology. With this background, his expertise could prove invaluable in bringing AX-1604 through clinical trials over the coming years.”

Among the company’s drug development programs, AXIM is contemplating the treatment of drug-related and early psychosis with its AX-1604. The company expects to complete a POC Phase IIA clinical trial in 2018 and a Phase III clinical trial by 2020 with a projected NDA in 2021, according to its product pipeline.

Axim Biotechnologies Inc also recently announced that it received approval from the Medical Ethical Committee (METC) of Wageningen University, The Netherlands, to begin a study on patients suffering from irritable bowel syndrome (IBS) with the Company’s CanChew Plus CBD-containing chewing gum.

“Combined with previously announced PK studies, the METC approval marks another key step toward clinical trials for a cannabis-based treatment for the most common functional gastrointestinal disorder in the world,” said George E. Anastassov, MD, DDS, MBA and Chief Executive Officer of AXIM Biotech. “The global treatment market for irritable bowel syndrome is estimated to grow in value to $1.5 billion by 2023. We believe that our CanChew Plus and other cannabis-based products provide viable solutions for suffering patients.”

Traders will note 25% added to share values of the listing over the past month of action. In addition, the name has seen an influx in interest of late, with the stock’s recent average trading volume running greater than 140% over what the stock has registered over the longer term.

Currently trading at a market capitalization of $422.2M, Axim Biotechnologies Inc  has a decent store ($870.63k) of cash on the books, which compares with an appreciable load ($3.07M) of total accumulated debt. AXIM is making nominal money at present, with trailing 12-month revenues coming in at $50.26k. But the future is far more important than the past. We will update the story again soon as developments transpire. For continuing coverage on shares of $AXIM stock, as well as our other hot stock picks, sign up for our free newsletter today and get our next hot stock pick!