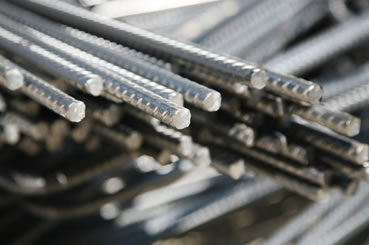 Gerdau SA (ADR) (NYSE:GGB) is a stock in the steel space that’s been running out of the US election, given its implications of a revitalized reflationary period in the global economy, as well as expectations of a massive infrastructure upgrade in the world’s biggest economy. That has far-reaching implications for the price of steel and for overall demand in the sector.

We are seeing a pullback in recent weeks, giving back the post-election move, but there are still some very good trends emerging for the company, so we thought it was a good time to take another look. Industrials and materials sectors around the world continue to act well, along with prices of copper, shipping, iron ore, steel, nickel, and related equities, as well as steepening bond yield curves as investors start to rethink inflation expectations. That should be a favorable environment for a company like GGB, but as we will discuss below, there are numerous factors that could negatively impact the context.

Gerdau SA (ADR) (NYSE:GGB) promulgates itself as a company that produces and commercializes steel products worldwide.

Gerdau SA sells its products through independent distributors, direct sales from the mills, and its retail network. The company was founded in 1901 and is based in Porto Alegre, Brazil.

Find out when $GGB stock reaches critical levels. Subscribe to OracleDispatch.com Right Now by entering your Email in the box below.

There are times when extrapolation simply doesn’t work; when you have to deal with a qualitative shift to a different type of environment. If the US is headed for as much as a $1 trillion fiscal stimulus – which has been discussed – then there is no way to extrapolate the results of a major western hemisphere steel producer in a strong export-oriented economy.

The top line will see a massive boost next year for GGB unless the plans get derailed simply because the price of steel will be pushed higher. However, there are notable obstacles to that process.

Most recently, Janet Yellen of the US Federal Reserve stated in the FOMC’s latest press conference that the Fed no longer feels a major fiscal stimulus plan is necessarily beneficial for the US economy at present. The US is near full employment at this point and the additional stimulus may simply drive inflation, forcing the Fed hike rates at a faster pace than planned. That, in turn, could roll the cycle and set off a negative cascade, especially for steel producers.

Earning a current market cap value of $3690.2M, Gerdau SA has a significant war chest ($1.56B) of cash on the books, which compares with an appreciable load ($6.25B) of total accumulated debt. GGB is making real money, with trailing `2-month revenues coming in at 11.69B. In short, with an overly strong dollar and the potential for long delays ahead of new infrastructure investment in the US, it’s no wonder the stock is pulling back a bit. We will update the story again soon as further details emerge. For continuing coverage on shares of $GGB stock, as well as our other hot stock picks, sign up for our free newsletter today and get our next hot stock pick!