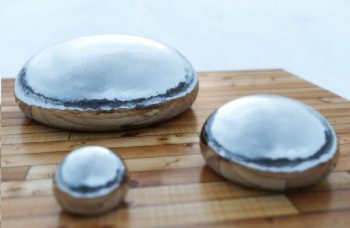 Liquidmetal Technologies Inc (OTCMKTS:LQMT) is, as always, a huge focus for OTC traders. Rumors are always active, theories always abound. That’s because the company’s core technology is so remarkable and compelling. Liquidmetal alloys contain atoms of significantly different sizes that form a dense mix. It behaves more like glass in the sense that its viscosity drops gradually with increased temperature and retains its form and amorphous properties even after being heat-formed. It can be injection-molded as precisely as plastic but has amazing resilience like a metal.

The last time we covered the company, we noted it was on the march higher and had announced a special conference call. For a company like this, such an announcement is going to spur speculation that some amazing game-changing contract with a high-tech manufacturer is on the way. LQMT shares launched into the conference call, but then took a sharp spill last week simply because that call came and went with no game-changing contract announcement in tow.

Further, the company sells tooling and prototyping parts, such as demonstration parts and test samples for customers with products in development; and offers product licensing services. Liquidmetal Technologies, Inc. was founded in 1987 and is based in Rancho Santa Margarita, California.

From the company’s press messaging, they frame themselves as “the leading developer of amorphous alloys that utilize the performance advantages offered by amorphous alloy technology. Amorphous alloys are unique materials that are distinguished by their ability to retain a random structure when they solidify, in contrast to the crystalline atomic structure that forms in ordinary metals and alloys. Liquidmetal Technologies Inc is the first company to produce amorphous alloys in commercially viable bulk form, enabling significant improvements in products across a wide array of industries.”

Find out when LQMT shares reach critical levels. Subscribe to OracleDispatch.com Right Now by entering your Email in the box below.

While there was no big new contract, the company did have some important news: LQMT has named Professor Lugee Li as President and Chief Executive Officer of Liquidmetal Technologies effective immediately.

Professor Li has served as a member of the Company’s Board of Directors since March 10, 2016 and is the sole owner of Liquidmetal Technology Limited, a Hong Kong company that is the Company’s largest shareholder. Professor Li will not be taking any compensation as a result of his appointment as President and Chief Executive Officer. The surprise conference call was put in place as a venue for the new CEO to publicly introduce himself as such, and to pitch the future of the company likely in a more abstract sense.

Traders will note 27% tacked on to LQMT shares in the past month, but that includes a 20% drop in the past couple days. Market participants may want to pay attention to this stock. LQMT has evidenced sudden upward volatility on many prior occasions. What’s more, the stock has seen an influx in interest of late, with the stock’s recent average trading volume running a bit less than 200% over the long run average.

Now commanding a market cap of $183.1M, LQMT has a significant war chest ($6.4M) of cash on the books, which must be weighed relative to an appreciable load ($3.2M) of total accumulated debt. LQMT is making real money, with trailing 12-month revenues coming in at 374k. In addition, the company is seeing major top line growth, with y/y quarterly revenues growing at 266.7%.

In short, LQMT has an impactful technology with 63 patents protecting its hold on that asset. There are major demons in the past here, including burning through $100 million in new capital raised off the company’s IPO to basically no effect, and a clear mishandling of a defining deal with Apple, Inc, in 2010. But now, the company has a great balance sheet, is seeing major growth on the top line, and there is new leadership at the helm. Maybe this isn’t such a bad situation? As more color becomes clear on the name, we will review the situation and update our take. For continuing coverage on LQMT shares, as well as our other hot stock picks, sign up for our free newsletter today and get our next hot stock pick!