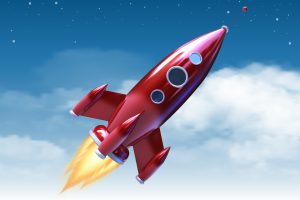 Leo Motors Inc. (OTCMKTS:LEOM) is a penny play that exploded higher on Tuesday on a headline-driven move off recent pivot lows in the $0.08/share area. The driver was the company’s announcement that it had signed a sales contract with Miho Story, Inc. for the manufacture of smartphone electric vending trucks. According to the press release, the initial order totals approximately thirty million dollars for 500 trucks. This will be followed in two years by the manufacture of 1,000 trucks for an additional sixty million dollars. The truck design and operation solutions were developed by Leo Motors Korea.

The chart shows a bit less than 130% tacked on to share pricing for the stock in the past month, with 126% coming just on Tuesday. That move counters a persistent longer-term downward trend in the stock. The situation may be worth watching. LEOM has a history of dramatic rallies such as this one, and it could extend much higher in the days to come. In addition, the name has registered increased average transaction volume recently, with the past month seeing greater than 410% over the long run average.

Leo Motors Inc. (OTCMKTS:LEOM) bills itself as a company that, through its subsidiaries, engages in the research and development of various products, prototypes, and conceptualizations based on proprietary, patented, and patent-pending electric power generation, drive train, and storage technologies in the Republic of Korea.

It also offers power train kits for compact passenger cars and small trucks, as well as internal combustion engines passenger cars, trucks, and buses. The company is based in Seoul, South Korea.

Find out when $LEOM stock reaches critical levels. Subscribe to OracleDispatch.com Right Now by entering your Email in the box below.

As noted above, the company just announced that it has signed an initial sales contract with Miho Story, Inc. for the manufacture of smart phone electric vending trucks.

According to the press release, the initial order totals approximately thirty million dollars for 500 trucks. This will be followed in two years by the manufacture of 1,000 trucks for an additional sixty million dollars. The truck design and operation solutions were developed by Leo Motors Korea.

Earning a current market cap value of $29.3M, LEOM has a decent store ($1.5M) of cash on the books, which must be weighed relative to an appreciable load ($493.77k) of total accumulated debt.

LEOM is making real money, with trailing 12-month revenues coming in at 4.31M. However, into this news, the company is suffering from top line contracting sales, with y/y quarterly revenues declining at -14.1%. That said, obviously, Tuesday’s news may well be a game changer for the company. We will update the story again soon as developments transpire. For continuing coverage on shares of $LEOM stock, as well as our other hot stock picks, sign up for our free newsletter today and get our next hot stock pick!