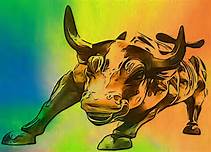 Elite Pharmaceuticals Inc (OTCMKTS: ELTP) is a stock suddenly on everyone’s radar again after a monster run in Thursday’s trade that sent the stock nearly 20% higher on 8x average volume. The move was in response to the company’s announcement that it met with the U.S. Food and Drug Administration on December 21, 2016 for an end-of-review meeting to discuss steps that Elite can take to obtain approval of SequestOx.  Based on the FDA response, the Company believes there is a clear path forward to address the issues cited in the July 14th Complete Response Letter. The FDA will provide minutes of the meeting by the end of January and the Company will issue a further update at that time.

Traders will note 20% tacked on to share pricing for the stock in the past week, a rally that has pushed up against longer standing distributive pressure in the stock. Market participants may want to pay attention to this stock. ELTP is a stock whose past is littered with sudden rips. In addition, the stock has seen an influx in interest of late, with the stock’s recent average trading volume running 69% beyond what we have been seeing over the larger time frame.

Elite Pharmaceuticals, Inc. was founded in 1984 and is headquartered in Northvale, New Jersey.

According to company materials, ELTP is “a specialty pharmaceutical company which is developing a pipeline of proprietary pharmacological abuse-deterrent opioid products as well as niche generic products.  Elite specializes in oral sustained and controlled release drug products which have high barriers to entry.  Elite owns generic and OTC products which have been licensed to TAGI Pharma, Epic Pharma and Valeant Pharmaceuticals International.  Elite currently has eight commercial products being sold, additional approved products pending manufacturing site transfer and the NDA for SequestOx, for which it just received the CRL from the FDA.  Elite’s lead pipeline products include abuse-deterrent opioids which utilize the Company’s patented proprietary technology and a once-daily opioid. These products include sustained release oral formulations of opioids for the treatment of chronic pain. These formulations are intended to address two major limitations of existing oral opioids: the provision of consistent relief of baseline pain levels and deterrence of potential opioid abuse.  Elite also provides contract manufacturing for Ascend Laboratories (a subsidiary of Alkem Laboratories Ltd.). Elite operates a GMP and DEA registered facility for research, development, and manufacturing located in Northvale, NJ.”

Find out when $ELTP stock reaches critical levels. Subscribe to OracleDispatch.com Right Now by entering your Email in the box below.

As noted above, the company announced good news from its meeting with the FDA. SequestOx (oxycodone hydrochloride and naltrexone hydrochloride) is Elite’s investigational abuse-deterrent opioid candidate for the management of moderate to severe acute pain where the use of an opioid analgesic is appropriate. The proposed plan submitted by the Company addresses items cited in the CRL dated July 14, 2016 for the New Drug Application for SequestOx.

“We are extremely pleased that there is a path forward to seek FDA approval of SequestOx™,” said Nasrat Hakim, President and CEO of Elite. “Based on the guidance received from the agency, Elite will begin to execute the proposed plan immediately.”

Currently trading at a market capitalization of $150.3M, Elite Pharmaceuticals has a significant war chest ($12.58M) of cash on the books, which stands against an appreciable load ($2.39M) of total accumulated debt. ELTP is making real money, with trailing 12-month revenues coming in at 13.35M. However, the company is seeing a declining top line at present, with y/y quarterly revenues falling at -8.9%. We will update the story again soon as further details emerge. For continuing coverage on shares of $ELTP stock, as well as our other hot stock picks, sign up for our free newsletter today and get our next hot stock pick!