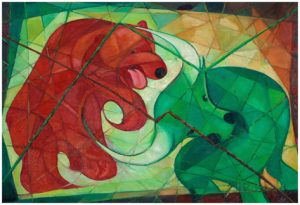 Mast Therapeutics Inc (NYSEMKT:MSTX) is a micro-cap name that’s been battling to re-establish itself back in the ranks of the respectable after suffering a crash in September in reaction to disappointing results from its trial of its sickle cell disease drug vepoloxamer. To that end, earlier this month, the company reported that the first patient has been enrolled in an investigator-sponsored Phase 2 study of the Company’s lead product candidate, AIR001, for the treatment of heart failure with preserved ejection fraction (HFpEF). The Inorganic Nitrite to Amplify the Benefits and Tolerability of Exercise Training (INABLE-TRAINING) in HFpEF study will evaluate AIR001’s potential to improve the clinical responses to exercise training in individuals with HFpEF.

The INABLE-TRAINING study is expected to enroll approximately 68 patients who will undergo 12 weeks of cardiac rehabilitation, including exercise training, and will be randomized to receive either AIR001 or placebo inhalation solution through the training period. The primary endpoint of the study will be the change in exercise capacity as measured by peak oxygen consumption.

Mast Therapeutics Inc (NYSEMKT:MSTX) bills itself as a clinical-stage biopharmaceutical company that develops therapies for serious or life-threatening diseases with significant unmet needs.

Mast Therapeutics, Inc. is a publicly traded biopharmaceutical company headquartered in San Diego, California. The Company had two clinical-stage investigational new drugs, AIR001 and vepoloxamer. AIR001, a sodium nitrite solution for intermittent inhalation via nebulizer, is in Phase 2 clinical development for the treatment of heart failure with preserved ejection fraction.

Find out when $MSTX stock reaches critical levels. Subscribe to OracleDispatch.com Right Now by entering your Email in the box below.

As noted above, the stock has been battling to regain some respect of late, pinning its hopes on its new AIR001 project. Morale at the company has clearly been improving of late, despite lackluster action for shareholders.

“We are pleased to report that patient enrollment is underway in this Phase 2 study of AIR001 for the treatment of HFpEF,” stated Brian M. Culley, Chief Executive Officer of Mast Therapeutics, Inc. “There are now three Phase 2 studies actively enrolling patients to evaluate AIR001 for the treatment of HFpEF and we remain excited about its potential in this indication. Data from this and other studies will help guide our clinical and regulatory strategy in this area of significant unmet need. Currently, HFpEF affects approximately half of the more than 5 million people in the U.S. diagnosed with heart failure and has no proven effective treatment. Heart failure is a leading cause of morbidity and mortality among the elderly worldwide and is the primary diagnosis in more than 1 million hospitalizations each year, with medical costs projected to rise to more than $50 billion in the U.S. alone by 2030.”

The chart shows flat action during the past month. Market participants may want to pay attention to this stock. MSTX has evidenced sudden upward volatility on many prior occasions. Moreover, the stock has seen an influx in interest of late, with the stock’s recent average trading volume running 14% above its longer-run average levels.

Now commanding a market cap of $24.4M, MSTX has a significant war chest ($26.95M) of cash on the books, which is balanced by an appreciable load ($14.23M) of total accumulated debt. MSTX is making something to show for itself, with trailing 12-month revenues coming in at $45k. However, this is a binary outcome story that has yet to be written. We will update things again soon as further details emerge and the next chapter becomes a bit clearer. For continuing coverage on shares of $MSTX stock, as well as our other hot stock picks, sign up for our free newsletter today and get our next hot stock pick!