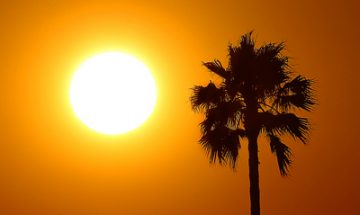 Peabody Energy Corporation (OTCMKTS:BTUUQ) is a Chapter 11 play in the thermal and metallurgical coal space. The company was destroyed by a combination of overproduction of coal in China, the broad commodities bear market in 2014-15, and the legislative and societal turn away from acceptance of coal as an environmentally viable energy source. However, after a long and winding road, yesterday evening, the company filed its plan of reorganization and disclosure statement with the U.S. Bankruptcy Court for the Eastern District of Missouri.

“Today’s proposed plan is an important achievement in our path toward emergence,” said Peabody Energy President and Chief Executive Officer Glenn Kellow.  “The plan charts Peabody’s course forward and reflects an enormous amount of work by the company and multiple creditor groups to advance a proposal that has broad consensus, maximizes the value of the enterprise and paves the way for a sustainable future.  We look forward to moving toward confirmation of the plan.”

As noted above, a reorganization plan was filed late yesterday. Here is the main detail for traders of BTUUQ: “As part of the plan of reorganization, the company anticipates emerging as a public company.  As frequently occurs in Chapter 11 processes, the plan provides that current Peabody Energy equity securities will be canceled and extinguished upon the effective date of a confirmed plan of reorganization by the bankruptcy court, and holders would not receive any value for such equity interests.”

However, we would note the following point: “The proposed plan provides for a new, sustainable capital structure that significantly reduces the pre-filing debt levels by more than $5 billion, lowers fixed charges and recapitalizes the company through a backstopped rights offering of $750 million, a private placement of mandatorily convertible preferred stock of $750 million and the issuance of new common stock to satisfy certain creditor claims.  The plan also anticipates that Peabody will emerge with substantial liquidity to satisfy near and long-term needs.”

The fact that coal prices have been rising, and the company would emerge with lots of extra cash after satisfying all creditors suggests that the market isn’t crazy for holding the equity up despite the prior paragraph stating the rule for cancellation.

Earning a current market cap value of $138M, BTUUQ has been weathering this contentious process for over 8 months at this point. Much is still unresolved.

The company is, in fact, making serious money at this point, with trailing 12-month revenues coming in at 4.62B. But the top line has fallen off on y/y basis, declining at -12.1%. This is an exciting story and will continue to be front page OTC news as the new year hits, and we look forward to a follow-up chapter as events transpire. For continuing coverage on shares of $BTUUQ stock, as well as our other hot stock picks, sign up for our free newsletter today and get our next hot stock pick!