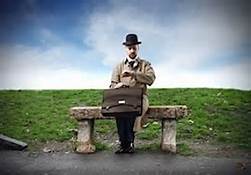 CANOPY GROWTH CORP COM NPV (OTCMKTS:TWMJF) has been one of the top plays in the cannabis in North America over the past several months. This is one of the Canadian players, with its headquarters in Smith Falls. Canada, as the reader may be aware, has new major catalysts still out in front in the cannabis and marijuana space.

We are referring to PM Trudeau’s promise to steer Canadian law toward a full recreational legalization of pot sometime in 2017. According to Bloomberg, Canada’s push to legalize marijuana could be a “game changer” for the recreational pot industry with the potential to reach C$6 billion ($4.5 billion) in sales by 2021. TWMJF is a stock with a past littered with sudden rips. Moreover, the company has benefitted from a jump in recent trading volume to the tune of 90% beyond its prior sustained average level. While it has pulled back, our sense is this is a leader in the space with catalysts in front of it, and likely more gains to come.

As we noted last time, Canopy Growth announced earlier this month that it will acquire all of the issued and outstanding shares of Mettrum Health Corp., creating a world-leading diversified cannabis company with six licensed facilities, and a licensed production footprint of approximately 665,000 sq. ft., with significant acreage for expansion. That type of expansionist attitude is crucial when ROI is known to be a tailwind.

At this time, carrying a capital value in the market of $719.9M, TWMJF has a significant war chest ($34.03M) of cash on the books, which compares with an appreciable load ($5.58M) of total accumulated debt. TWMJF is making real money, with trailing 12-month revenues coming in at 18M. In addition, the company is seeing major top line growth, with y/y quarterly revenues growing at 244.6%. We will update the story again soon as developments transpire. For continuing coverage on shares of $TWMJF stock, as well as our other hot stock picks, sign up for our free newsletter today and get our next hot stock pick!