The Road Ahead for Kush Bottles Inc (OTCMKTS:KSHB) 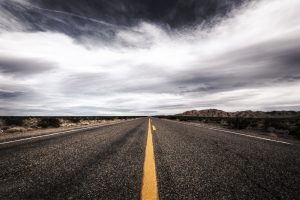 Kush Bottles Inc (OTCMKTS:KSHB) is a micro-cap “marijuana accessory” play that has been one of the more impressive plays in the space in 2016. The stock is holding up after powerful gains earlier in the year, and we thought it was a good time to review the picture for the company as we prepare to head into 2017.

This is an interesting story because it deals in a concept of widespread legitimacy for the space that seems quite a powerful concept. In form, this is a so-called “pick and shovel” play on the expanding pie theme in the marijuana landscape in America – the idea being, as the pie expands in terms of a legal sales footprint, whole new industries will develop around the core product: industries dealing in goods and services that have to do with supporting the primary trade. In the old days, it was just bongs and rolling papers. Now it is grow-lights and real estate and dispensaries and even containers.

Kush Bottles Inc (OTCMKTS:KSHB) bills itself as a company that markets and sells packaging products and solutions for the medical and recreational cannabis industries in the United States.

KSHB sells primarily into the b2b market, which includes legally operating medical and adult-use dispensaries, growers, and MIP producers (Marijuana Infused Products) in states with marijuana programs. The company’s goal is to reach a diversified customer base through direct sales, web, and re-distribution channels. Kush Bottles Inc was founded in 2010 and is based in Santa Ana, California.

According to the company’s press messaging, “Kush Bottles, Inc. provides packaging products and solutions to producers, processors, and retailers operating in the regulated medical and recreational cannabis industry. Founded in 2010, Kush Bottles has sold more than 100 million bottles and regularly services thousands of customers across the United States and Canada. The company primarily services the business-to-business market, which includes legally operated medical and adult-use dispensaries, growers and marijuana-infused product manufacturers. Kush Bottles aims to be the gold standard for responsible branding and packaging in the cannabis industry.”

As noted above, KSHB is interesting because it is a play on the theme of the emerging legitimacy of the industry that surrounds and supports the gradual, and seemingly inevitable, rise of an eventually continent-wide legal sales footprint for cannabis-related goods and services.

But it should also be noted that, in this case, the company appears to be well-run. If there is an investment thesis here at all, then it must be the case that the future is greater than the past. For it is surely the case that the footprint is bigger in the future than it has been over the past 12 months.

If we equip our analysis with that assumption, then we have to grade on a rising curve. But the story is often best told by how a company manages the leaner periods. In this case, they appear to have done quite a solid job of it: The company comes armed now with a million in cash and basically no debt. The top line is growing at better than fifty percent from a multi-million dollar sales base. And sales have been growing faster than cost of goods sold.

That said, the real game is about to get started for this company. How well they expand and scale to the growing marketplace will define this stock.

As far as the market’s view of things, recent action has seen 11% tacked on to share pricing for the company in the past month. The situation may be worth watching. KSHB is a stock whose past is littered with sudden rips. In addition, the name has seen an influx in interest of late, with the stock’s recent average trading volume running approaching 130% beyond what we have been seeing over the larger time frame.

It pays to take note of this fact given the stock’s relatively small trading float of about 15M shares. It’s something the veterans know to key on: a restricted trading float and a jump in trading volume can crimp supply and push share prices higher.

At this time, carrying a capital value in the market of $148.3M, KSHB, as noted, has a chunk ($1M) of cash on the books, which must be weighed relative to virtually no total current liabilities. KSHB is pulling in trailing 12-month revenues of $8.2M. In addition, the company is seeing major top line growth, with y/y quarterly revenues growing at 54.6%. This is an exciting story, and we look forward to a follow-up chapter as events transpire. For continuing coverage on shares of $KSHB stock and other hot stock picks, sign up for our free newsletter today and get our next hot stock pick!