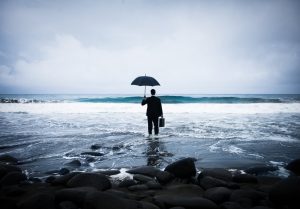 Silvercorp Metals Inc (OTCMKTS:SVMLF) is a micro-cap name in the metals space that has been pulling back of late, but should be seen as quite impressive in its bearing nonetheless. While other precious metals plays have lost 50-80% in recent months, this stock has held the vast majority of its huge gains from the first half of 2016 in sturdy fashion.

Part of this should be seen as owing to the company’s exposure to industrial metals, rather than just precious metals. The gold and silver markets have been trounced into and in the wake of the US presidential election. But SVMLF is still up well over 400% since January. Markets often signal their favorites more during sector corrections than at any other time. And this should be noted with an asterisk and a star in this case.

According to company materials, “Silvercorp is a low-cost silver-producing Canadian mining company with multiple mines in China. The Company’s vision is to deliver shareholder value by focusing on the acquisition of under developed projects with resource potential and the ability to grow organically.”

Find out when $SVMLF stock reaches critical levels. Subscribe to OracleDispatch.com Right Now by entering your Email in the box below.

When we last covered this stock, we noted that the shift in paradigm expressed by the election of Donald Trump as the 45th president of the United States of America suggested that the economy would be less likely to stagnate or decline given the increased likelihood of a route to a potent fiscal stimulus bill in 2017, along with tax cuts and deregulation of economically sensitive sectors.

And, because fiscal tools are far more powerful than monetary ones, the shift displaces currency depreciation as the primary tool for stimulus in the case of weakness. That combination supports, first and foremost, a strong US Dollar foreign exchange regime, almost unavoidably.

Whether or not this all plays out according to plan or theory is beside the point. Either way, this is the narrative currently guiding the marketplace.

Hence, larger portfolio managers such as Stanley Druckenmiller and Jeffrey Gundlach have come out since, noting that they have liquidated their entire gold and silver holdings as they shift to more optimistic growth-oriented allocations.

Historically, precious metals have fared very poorly during US dollar bull markets (see the mid-1980’s thru the late 1990’s, for example). We are now seeing a march of the dollar over the past few weeks that is stronger than all but a few stretches in history. As such, gold, silver, and miners are all trailing everything else in the market by a very wide margin, except bonds, which are reacting to the sharp decrease in deflationary expectations.

Along with this action, we are seeing strength in other commodities. Part of this is a front-running of expectations for a major infrastructure upgrade phase in the US. And part of it is simply the cycle taking hold. Not all of this can be placed on “Trumpenomics” by any stretch of the imagination.

Even before the election, the copper/gold ratio started to move sharply. And, given that polls all showed a Clinton victory as the clear expectation, this dramatic move can only be explained by a general acceleration in the economic cycle. Other things that moved in step were the Baltic Dry Index of shipping and interest rates in government-backed sovereign debt.

All of these measures show an economy starting to move as part of a maturing credit cycle. If we add in the fiscal stimulus and infrastructure expectations, we get an overwhelmingly clear picture: industrial metals are supported, and precious metals are not.

However, at this point, the sentiment around these moves may be at an extreme. If that resolves in favor of precious metals, then this stock may start to really shift back higher. This is one to watch right now as a clear opportunity.

Currently trading at a market capitalization of $374.1M, SVMLF has a significant war chest ($266.17k) of cash on the books, which is balanced by about $11.1M in total current liabilities.

SVMLF is pulling in trailing 12-month revenues of $171.4M. In addition, the company is seeing major top line growth, with y/y quarterly revenues growing at 69.6%. The latter two data points completely shade out the former two. The chart says it all here. You can bet we will update this one again as new information comes into view. For continuing coverage on shares of $SVMLF stock, as well as our other hot stock picks, sign up for our free newsletter today and get our next hot stock pick!