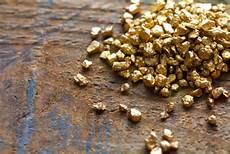 GOLDMINING INC COM NPV (OTCMKTS:GLDLF) is a micro-cap player in the gold mining space that is undergoing a “makeover”. It was formerly known as Brazil Resources (TSX-V: BRI; OTCQX: BRIZF). The company announced that its board of directors approved a change of its name to “GoldMining Inc.”, effective December 6, 2016, “in order to better reflect its existing business.”

We’ve witnessed 45% during the past week in terms of shareholder gains in the listing – an impressive move. That said, GLDLF is a stock whose past is littered with sudden rips. Moreover, the company has seen an influx in interest of late, with the stock’s recent average trading volume running 12% above the average volume levels in play in this stock over the longer term.

GOLDMINING INC COM NPV (OTCMKTS:GLDLF) bills itself as a company that engages in the acquisition, exploration, and development of mineral properties in Brazil, the United States, Canada, and Paraguay. The company primarily explores for gold and uranium deposits.

The company was formerly known as Brazil Resources Inc. and changed its name to GoldMining Inc. in December 2016. GoldMining Inc. was incorporated in 2009 and is headquartered in Vancouver, Canada.

Find out when $GLDLF stock reaches critical levels. Subscribe to OracleDispatch.com Right Now by entering your Email in the box below.

According to the company’s recent release, “the Company adopted new Articles and By-Laws under the CBCA, copies of which are available under the Company’s profile at www.sedar.com. The new By-Laws include, among other things, advance notice provisions. Please refer to the Company’s news release dated December 5, 2016 for further information. No action will be required by existing shareholders or holders of warrants with respect to the name change or the Continuation. Certificates representing common shares and warrants of GoldMining will not be affected by the name change or the Continuation and will not need to be exchanged.”

As for gold, more generally, energy prices are on the rise (the cost of operations) and gold prices have been on the decline (the sales basis of operations), hence, the sector has not been performing well at all.

As we have noted elsewhere, we now face an increased likelihood of a route to a potent fiscal stimulus bill in 2017, along with tax cuts and deregulation of economically sensitive sectors. And, because fiscal tools are far more powerful than monetary ones, the shift displaces currency depreciation as the primary tool for stimulus in the case of weakness. That combination supports, first and foremost, a strong US Dollar foreign exchange regime, almost unavoidably.

Historically, precious metals have fared very poorly during US dollar bull markets (see the mid-1980’s thru the late 1990’s, for example). We are now seeing a march of the dollar over the past few weeks that is stronger than all but a few stretches in history. As such, gold, silver, and miners are all trailing everything else in the market by a very wide margin, except bonds, which are reacting to the sharp decrease in deflationary expectations.

That said, sentiment is perhaps too poor on the space right now, opening up the potential for a major rally if the trends were to shift. However, this is a mining company with multiple projects deep in development that has never made a penny in sales. Keep this in mind.

Now commanding a market cap of $166.1M, GLDLF has a significant war chest ($266.17k) of cash on the books, which must be weighed relative to about $298K in total current liabilities. The company is pre-revenue at this point. We will update the story again soon as further details emerge. For continuing coverage on shares of $GLDLF stock, as well as our other hot stock picks, sign up for our free newsletter today and get our next hot stock pick!