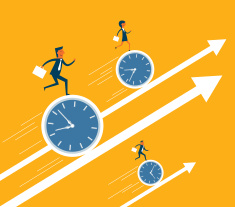 RealBiz Media Group Inc (OTCMKTS:RBIZ) is a penny stock that just went into orbit, with a massive one-day move on Thursday of 540%. The catalyst was the company’s announcement that it has been awarded a contract to supply beef to the Gulf Cooperation Council (GCC) countries, which includes the United Arab Emirates, Oman, Bahrain, Qatar, Kingdom of Saudi Arabia and Kuwait.

According to the release, the contract is valued at over $78 million and is the first for RealBiz’s newly launched international food distribution business. “During the next several months, the company plans to communicate ongoing details about this new business segment and its high growth potential in a multi-billion-dollar industry segment.”

RealBiz Media Group Inc (OTCMKTS:RBIZ) had been trumpeting itself as a company that provides digital media and marketing services for the real estate industry in the United States. It had segments offering video search, storage, and marketing capabilities on various platforms for Web, mobile, and TV.

Mr. Bhatnagar brings a wealth of experience in food distribution, manufacturing and operations and will be heading a major new investment by the company into the global Fast Moving Consumer Goods (FMCG) and Consumer Packaged Goods (CPG) sectors. Previously Mr. Bhatnagar was the Chief Executive Officer for US-based global food distributor American Agro Group and its Dubai affiliate, growing that company’s revenues to over $100,000,000 in four years. Mr. Bhatnagar is also the Managing Member of the private equity firm Blue Capital Group which focuses on commercial real estate and investments in cross-sector companies. The existing real estate operations, including video production for some of the most marquee brands in the industry, will continue reporting to Mr. Aliksanyan.

The initiative into the FMCG sector is seen as a major investment for the company as global demand for food is anticipated to grow significantly for the foreseeable future. The company will focus on international distribution of fruits, nuts, honey and meats. Mr. Bhatnagar’s wealth of experience in distributing and manufacturing in the Middle East and the Gulf Cooperation Council (GCC) countries uniquely positions RealBiz for success.

Find out when $RBIZ stock reaches critical levels. Subscribe to OracleDispatch.com Right Now by entering your Email in the box below.

As noted above, the company just inked a huge deal to kickstart its new line segment operations. Mr. Bhatnagar made the announcement after completing negotiations in Dubai, UAE. The contract is anticipated to be fulfilled throughout 2017.

“We are planning on first shipments to commence on January 5th, 2017 with a container ready to go,” said Mr. Bhatnagar. “I see tremendous opportunity on the horizon for our global food operations, particularly within the GCC countries. Our relationships are strong in the region and I anticipate a very favorable business climate for our products,” added Mr. Bhatnagar.

The company will focus on international distribution of fruits, nuts, honey and meats. Mr. Bhatnagar’s wealth of experience in distributing and manufacturing in the Middle East and GCC countries uniquely positions RealBiz for success.

Recent action has seen approaching 1500% added to share values of the name over the past month of action, with 500% coming just on Thursday, but this action is running counter to the larger trend in the name. That said, RBIZ is a stock whose past is littered with sudden rips. In addition, the stock has witnessed a pop in interest, as transaction volume levels have recently pushed topping 2700% beyond its prior sustained average level.

Currently trading at a market capitalization of $11.9M, RBIZ has a bankroll ($137K) of cash on the books, which is balanced by about $1.1M in total current liabilities. One should also note that debt has been growing over recent quarters. RBIZ is pulling in trailing 12-month revenues of about $1M. However, the company is seeing declines on the top line on a quarterly y/y basis, with revenues falling at -32.9%. This is an exciting story, and we look forward to a follow-up chapter as events transpire. For continuing coverage on shares of $RBIZ stock, as well as our other hot stock picks, sign up for our free newsletter today and get our next hot stock pick!