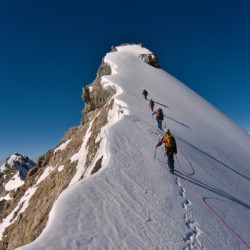 Cesca Therapeutics Inc (NASDAQ:KOOL) is a monster mover from last week. The company is in the biotech space, and appears to have launched higher on Thursday on news of a change in the status of the position held by one of the company’s largest investors: 10% owner Boyalife (Hong Kong) ltd. acquired all the shares and warrants of Cesca Therapeutics owned by Boyalife Investment, Inc. at $2.52/share, the market price of Cesca Therapeutics at the closing on December 23. That suggests a more aggressive bearing, and may reveal something about the underlying picture.

Traders will note 37% added to share values of the name over the past week of action. The situation may be worth watching. KOOL is a stock whose past is littered with sudden rips. Moreover, we have seen an influx in interest of late, with the stock’s recent average trading volume running just under 480% beyond what we have been seeing over the larger time frame. This should not be overlooked with a float in play that’s tiny — under 2.2M shares. This restriction in share supply is likely a major reason we saw such a dramatic rise on Thursday.

Cesca Therapeutics Inc (NASDAQ:KOOL) promulgates itself as a company that focuses on the research, development, and commercialization of autologous cell-based therapeutics for use in regenerative medicine in the United States and internationally.

The company develops and manufactures automated blood and bone marrow processing systems that enable the separation, processing, and preservation of cell and tissue therapy products. Its products include SurgWerks system, a proprietary system comprised of the SurgWerks processing platform, including devices and analytics, and indication-specific SurgWerks procedure kits for use in regenerative stem cell therapy at the point of care for vascular and orthopedic diseases; CellWerks system, a proprietary cell processing system with associated analytics for intra-laboratory preparation of adult stem cells from bone marrow or blood; and AutoXpress system, a proprietary automated device and companion sterile disposable for concentrating hematopoietic stem cells from cord blood.

Cesca also offers MarrowXpress system, a derivative product of the AXP and its accompanying sterile disposable for the isolation and concentration of hematopoietic stem cells from bone marrow; BioArchive system, an automated cryogenic device used by cord blood banks for the cryopreservation and storage of cord blood stem cell concentrate for future use; and manual disposables bag sets for use in the processing and cryogenic storage of cord blood. In addition, it provides cell manufacturing and banking services.

Find out when $KOOL stock reaches critical levels. Subscribe to OracleDispatch.com Right Now by entering your Email in the box below.

Cesca also recently announced that on November 21, 2016 the Company submitted an Investigational Device Exemption (IDE) Supplement to the U.S. Food and Drug Administration (FDA) for its previously approved pivotal trial. The study is designed to demonstrate the safety and effectiveness of the Company’s point-of-care, SurgWerks system, in the treatment of late stage, “no-option” and “poor-option”, CLI patients. The Company expects the FDA to submit its response to the IDE supplement within 30 days from submission.

“This IDE supplement is the result of extensive review of current literature, as well as discussions with independent advisors, key opinion leaders and the FDA.  After taking everything into consideration, from scientific to clinical to reimbursement, we believe that amputation-free survival, a hard clinical endpoint, gives us the best chance for a successful pivotal CLI trial outcome, pre-marketing approval (PMA), and path to commercialization,” said Dr. Xiaochun “Chris” Xu, Cesca’s Interim Chief Executive Officer. “We remain dedicated to the development of safe and effective point-of-care autologous cell therapies, with CLI being just one of Cesca’s many opportunities in the space.  We have several other vascular and orthopedic cellular therapies in our pipeline and are committed to opening up multiple clinical avenues to unlock the immense value and drive the success of the Company.”

Currently trading at a market capitalization of $20.9M, KOOL has a significant war chest ($266.17k) of cash on the books, which stands against virtually no total current liabilities. KOOL is pulling in trailing 12-month revenues of $12.9M. In addition, the company is seeing major top line growth, with y/y quarterly revenues growing at 33.4%. You can bet we will update this one again as new information comes into view. For continuing coverage on shares of $KOOL stock, as well as our other hot stock picks, sign up for our free newsletter today and get our next hot stock pick!