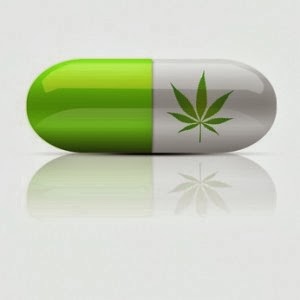 Cannabics Pharmaceuticals Inc (OTCMKTS:CNBX) is a micro-cap cannabinoid player that has been consolidating in a lateral range for the better part of the last two months, following a massive rally with the sector into the November 8 vote. Since then, it’s been searching for a catalyst. 2017 is starting off with just that, as the company just announced the development of the Cannabics 5mg THC Capsule, intended for “naïve patients” (ie, those who have not tried cannabis in the past).

Recent action has seen basically no movement over the past month of action. However, market participants may want to pay attention to this stock. CNBX has a track record that includes a number of dramatic bounces.

Cannabics Pharmaceuticals Inc (OTCMKTS:CNBX) promulgates itself as a company that engages in the research, development, licensing, and marketing of cannabinoid-based treatments and therapies. The company focuses on developing therapies and biotechnological tools for the relief from various ailments that respond to active ingredients sourced from the cannabis plant.

According to company materials, “Cannabics Pharmaceuticals Inc. (CNBX), a U.S based public company, is dedicated to the development of Personalized Anti-Cancer and Palliative treatments. The Company’s R&D is based in Israel, where it is licensed by the Ministry of Health for its work in both scientific and clinical research. The Company’s focus is on harnessing the therapeutic properties of natural Cannabinoid formulations and diagnostics. Cannabics’ vision is to create individually tailored natural therapies for cancer patients, utilizing advanced screening systems and personalized bioinformatics tools.”

As we have noted in the past, this is a stock that can squeeze at times. In addition, the name has recently benefitted from a jump in trading volume to the tune of 22% over what the stock has registered over the longer term. This should not be overlooked given the stock’s relatively small trading float of fewer than 19M shares. As savvy traders are well aware, a jump in average daily transaction volume in a stock with a restricted float can unleash fireworks as supply is squeezed.

Management is working to stoke just such action, with enthusiastic commentary about the company’s new catalyst.

Dr. Eyal Ballan, Chief scientist of Cannabics Pharmaceuticals stated, “Our mission is to find the right balance between efficacy on the one hand and the elimination of undesired psychoactive effects on other.”

The Cannabics 5mg THC capsule is currently being evaluated by the company in a clinical study as a palliative treatment, which is conducted by the oncology department at the prestigious Rambam Medical Center in northern Israel and under strict regulations of the Ministry of Health, by whom Cannabics Pharmaceuticals has been licensed since 2014.

“The majority of our cancer trial patients have no previous experience with Cannabis, hence this recalibration of the THC level may be more amenable. We believe there is a significant potential medical market for our 5mg THC capsule in countries that have now instituted medical cannabis regulations,” said Itamar Borochov, CEO of Cannabics Pharmaceuticals Inc.

Earning a current market cap value of $76.1M, CNBX has virtually no cash on the books, which compares with virtually no total current liabilities. CNBX is pulling in trailing 12-month revenues of $113K. However, the company is seeing recent declines on the top line on a sequential quarterly basis. That said, with nothing on the books in either direction and very little top line movement, this is a play that is all about what comes next. As such, we look forward to a follow-up chapter as events transpire. For continuing coverage on shares of $CNBX stock, as well as our other hot stock picks, sign up for our free newsletter today and get our next hot stock pick!