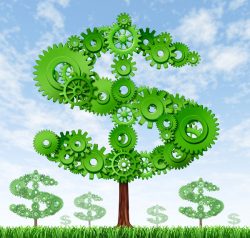 United Cannabis Corp (OTCMKTS:CNAB) is a very interesting play in the cannabis patch. The stock has been a central focus for traders in the space of late for two main reasons: they have access to capital well in excess of current obligations, and the top line is growing fast (y/y quarterly revenues growing at 98.4%). That story is augmented by the company’s recent announcement that Tangiers Global doubled its Fixed Funding Commitment from $5 million to up to $10 million.

This is important: if it turns out over the course of time to be what it seems at face value, then it enables an aggressive bearing at the right time. We will look at more of the details below. But first, we want to restate our thesis: the single most important factor to separate the wheat from the chaff in this post-election-vote MJ-stock trading environment is capital investment. Put another way, ROI will be sky-high right now for many aspects of the space. The difference-maker here is going to be access to, and deployment of, funds. This news is important, but the 8K needs to be parsed a bit more.

United Cannabis Corp (OTCMKTS:CNAB) bills itself as a company that owns intellectual properties related to growth, production, manufacture, marketing, management, utilization, and distribution of medical and recreational marijuana, and marijuana-infused products in the United States.

According to company materials, “The Company’s Prana Bio Medicinal products provide patients a way to mix/match cannabinoids for therapeutic purposes. These products, licensed to regulated marijuana dispensaries, are broken into 5 categories that are available in capsules, sublingual’s, and topical delivery methods. The Company uses a patent-pending infusion process utilizing select fatty acids, lipids, and specific combinations of cannabis-derived terpenes to increase bioavailability.”

Find out when $CNAB stock reaches critical levels. Subscribe to OracleDispatch.com Right Now by entering your Email in the box below.

More to the point, “A closing will occur on the date which is no earlier than five trading days following and no later than seven trading days following the applicable Put Notice. On each Closing Date, the Company will sell, and Tangiers will purchase, the shares of the Company’s common stock specified in the Put Notice. The amount to be paid by Tangiers on a particular Closing Date will be determined by multiplying the Purchase Price by the number of shares specified in the Put Notice. The Purchase Price is 85% of the average of the two lowest trading prices of the Company’s common stock during the Pricing Period applicable to the Put Notice.”

“The Pricing Period, with respect to a particular Put Notice, is five consecutive trading days including, and immediately following, the delivery of a Put Notice to Tangiers. The Company may submit a Put Notice once every ten trading days provided the closing of the previous transaction has taken place. The Company is under no obligation to submit any Put Notices. The equity line agreement has a term of 36 months, which will begin on the effective date of the registration statement which the Company has agreed to file with the Securities and Exchange Commission so that the shares of common stock to be sold to Tangiers may be sold in the public market.”

In other words, this is not a simple line of credit. Nor is it a simple investment in equity. It’s a tricky construction that market participants are still trying to parse out. While it may be the case the private equity guys have dreamed up something that stacks the odds in their favor – they usually do – we suggest stepping back and looking at the situation from a wide-angle lens: Remember, ROI is going to be sky-high.

CNAB stock has the guns to start firing at anything, and that may ultimately be more important than the machinations of some PE nerd-out session over a spreadsheet.

As a final note, the first blush shift was a direct jump in debt with no product, which isn’t great: “The Company issued a promissory note to Tangiers for the principal sum of $35,000 as a commitment fee for the equity line. The note bears interest at 10% per year, is unsecured, and is due and payable on July 8, 2017. At the option of Tangiers, all or any part of the unpaid principal amount of the note may be converted into shares of the Company’s common stock. The number of shares to be issued on any conversion will be determined by dividing the principal amount of the note to be converted by $1.00.”

So, you have a choice with CNAB stock: Do you believe in the revolution, or not? If not, then this is just another dilutive step down a path toward oblivion after a Fall pump. But if so, then this is access to serious capital resources in front of a massive expansion of the target niche sales footprint. With just 11 million shares on the float, this could become an extremely interesting story for traders in either case. For continuing coverage on shares of CNAB stock and other hot stock picks, sign up for our free newsletter today and get our next hot stock pick!