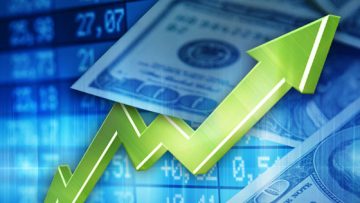 New Colombia Resources Inc (OTCMKTS:NEWC) is a penny play with a marketable exposure profile, from a strategic standpoint, with end markets in both met coal and cannabis. Each of these has become a major growth market, leading to steady interest by OTC market participants. The stock got legs on Thursday as the company announced that they have signed a $90 million purchase agreement for metallurgical coal with American Steel Industries of Philadelphia, PA, a joint venture partner with a Chinese Government-owned giant in the commodities and steel trading segment. According to the release, ASI has been exporting steel from China for the past 12 years and is one of its largest steel exporters.

Recent action has seen nearly 50% added to share values of the company in just the past few days. That’s no surprise with this stock. NEWC has evidenced sudden upward volatility on many prior occasions. Moreover, this play has seen a major bump in trading interest of late, with the stock’s recent average trading volume running 37% beyond its prior sustained average level. Since we last covered the name in December, NEWC has been on fire, ripping over 120% higher.

According to the company’s press materials, “New Colombia Resources, Inc. owns vast reserves of premium metallurgical coal mining titles and a medical marijuana joint venture in the Republic of Colombia. They are setting up a rock mining operation to supply the major road and infrastructure projects within miles of their properties. They own 100% of La Tabaquera metallurgical coal mine in Colombia with an estimated 15-17 million tonnes of reserves. They have an additional 1196 ha. Metallurgical coal mining title that they are negotiating to develop with a foreign entity to build a coal fired power plant. New Colombia Resources holds a significant position in Sannabis SAS which legally produces medical marijuana products in the Republic of Colombia.”

Find out when $NEWC stock reaches critical levels. Subscribe to OracleDispatch.com Right Now by entering your Email in the box below.

According to the company’s recent release, the new contract will be filled by New Colombia’s joint venture with MSG Mining Corp. The joint venture has sourced the coal to make timely deliveries per the agreement. Some of the coal will be supplied by the joint venture’s Mina San Gregorio in Cucuta, Colombia with the remainder being sourced from third party producers. The coal will be stored at the Company’s coal yard in Cucuta with a 50,000 ton capacity and industrial scale, then trucked or barged to a port on the Caribbean coast for shipment to South China.

At this time, carrying a capital value in the market of $6.9M, NEWC has virtually no cash on the books, which compares with about $316K in total current liabilities. The company is pre-revenue at this point. This is an exciting story, and we look forward to a follow-up chapter as events transpire. For continuing coverage on shares of $NEWC stock, as well as our other hot stock picks, sign up for our free newsletter today and get our next hot stock pick!