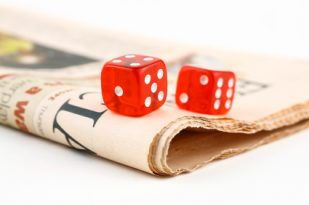 PetroGas Co (OTCMKTS:PTCO) is a micro-cap name ostensibly in the energy space that has started to engage some focus among traders and investors as prices continue to rip higher. When we covered this name about three weeks ago, we noted that it was very interesting in terms of return on investment in that the company just put a few thousand bucks down for leases on nat gas and oil well access, and the stock pushed the market cap up by over $10 million. Well, the situation has certainly evolved from there.

At this point, that few thousand has produced over $68M in market cap swelling. The company just issued an update regarding its recent acquisition in Monroe County, Ohio. The press releases frame the moves as “acquisitions”, but it’s important to note the 8k’s, which show leasing activity, show PTCO acquired two oil and gas leases in Monroe County, Ohio and Washington County, Ohio for $2,705.00. Since the company has no cash reserves, it’s a sensible move. In any case, as it stands, there are no revenues or operations here. But PTCO does apparently have rights to pump on what appears to be productive land. All told, since we last covered the name, the stock has moved 272.9% higher.

Find out when $PTCO stock reaches critical levels. Subscribe to OracleDispatch.com Right Now by entering your Email in the box below.

According to the update, the Utica shale formation in Monroe and Belmont County is estimated to hold deposits pegged at around 150 billion cubic feet of natural gas.

“Those two counties are in what’s known as the dry gas window and produce high volumes of pressurized natural gas that need little processing. They are home to Ohio’s biggest wells and have emerged as Ohio’s drilling hot spot. The discovery quickly led to an acquisition rush in the area which is still ongoing. The Bureau of Land Management is slowly auctioning parcels for drilling, one of which Petrogas purchased last month. According to data from Drilling Edge, natural gas production in 2013 was around 11 million MCF. In 2016 this number increased to approximately 200 million MCF.”

“We will do our best to make new acquisitions in Belmont and Monroe county and plan to participate in the next government auctions which tend to offer much better prices than purchasing acreage privately,” said Mr. Huang Yu, CEO of Petrogas Company.

“Energy prices continue going up, making this investment more attractive by the day for the company. Once we have accumulated a sizeable number of parcels in our portfolio we will look at beginning a drill program to extract liquified gas from our leases,” added Mr. Yu.

Recent action has seen just under 980% piled on for shareholders of the listing during the trailing month. This is emblematic of the stock. PTCO is a stock whose past is littered with sudden rips. What’s more, the company has registered increased average transaction volume recently, with the past month seeing 880% above the average volume levels in play in this stock over the longer term. This should not be overlooked due to the relatively small float size in the stock (under 28M shares). It’s something the veterans know to key on: with such a tight trading float, this kind of ramping interest can force a supply-shock squeeze.

That said, this one might be dangerous to chase. It’s had quite a run on catalysts that are far less substantial than they may appear at first blush.

Earning a current market cap value of $79.8M, PTCO has virtually no cash on the books, which is balanced by about $167K in total current liabilities. The company is pre-revenue at this point. You can bet we will update this one again as new information comes into view. For continuing coverage on shares of $PTCO stock, as well as our other hot stock picks, sign up for our free newsletter today and get our next hot stock pick!