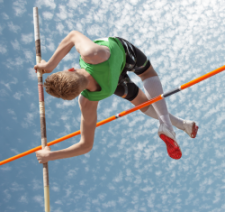 Bemax Inc (OTCMKTS:BMXC) is a micro-cap player in the consumer staples space. The stock has started to engage some focus among traders and investors as prices get a little traction in bounce mode. The key catalyst of late is the company’s housecleaning on the cap table side, as well as their recent announcement that they are preparing to launch distribution on Amazon.com.

Bemax Inc (OTCMKTS:BMXC) trumpets itself as a company that engages in the distribution of disposable baby diapers to distributors and wholesalers in Europe and South, East, and West Africa. The company was founded in 2012 and is based in Dallas, Georgia.

“We are into a lucrative market in a growing country. The current population fertility rate increased presents an opportunity for Bemax Inc. to enter and penetrate the disposable baby diaper market. Bemax Inc. is poised to take advantage of this growth rate and minimal local competition, with a dedicated and experienced staff, excellent order procurement, and effective management and marketing. The initial intention will be to distribute disposable baby diaper to wholesalers, and local market retailers throughout South Africa

“We realize the fact that for us to prosper in this relatively untapped market, there is need to be flexible and responsive, to delight our customers by providing them with what they want, when they want it and in the exact quantity. Our primary goal will be to establish and strengthen our existence in the market, which will be bestowed by the business environment in which we function.

“Ultimately the attractiveness of our venture lies with the fact that customers will choose our products above those of competitors because of the relatively lower prices as well as their high quality. Hence Bemax Inc. ongoing initiatives will be to drive sales, market share and productivity so as to provide additional impetus towards attainment of the corporate goals and objectives.”

Find out when $BMXC stock reaches critical levels. Subscribe to OracleDispatch.com Right Now by entering your Email in the box below.

“We are pleased to substantially reduce the outstanding principal and interest on the convertible notes and to further see it reduce to zero before end of the month,” said Bemax’s CEO, Taiwo Aimasiko. “This will strengthened our balance sheet, enables the company to seek viable financing to invest in inventory expansion, marketing infrastructure and sales growth as we continue our expansion campaign in 2017.”

According to the release, launching on Amazon is part of the first phase for Bemax disposable diapers to penetrate the U.S. market. In further phases in 2017 the company plans to launch its private label brands to traditional U.S. retail outlets.

Traders will note a bit more than 100% added to share values of the stock over the past week of action, but this action is running counter to the larger trend in the name. However, BMXC has a history of dramatic rallies. What’s more, the stock has registered increased average transaction volume recently, with the past month seeing approaching 900% beyond what we have been seeing over the larger time frame. Since we last covered the name, the stock has moved 5.9%.

Now commanding a market cap of $1.8M, BMXC has a bankroll ($116K) of cash on the books, which compares with about $345K in total current liabilities. One should also note that debt has been growing over recent quarters. BMXC is pulling in trailing 12-month revenues of $631K. However, the company is seeing recent declines on the top line on a sequential quarterly basis, with revenues falling at -65.6% as of its latest reporting period. As more color becomes clear on the name, we will review the situation and update our take. For continuing coverage on shares of $BMXC stock, as well as our other hot stock picks, sign up for our free newsletter today and get our next hot stock pick!