Axim Biotechnologies Inc (OTCMKTS:AXIM) Continues to Impress on All Fronts 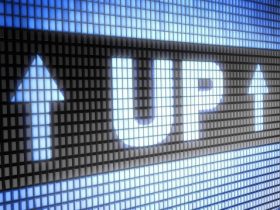 Axim Biotechnologies Inc (OTCMKTS:AXIM) has been one of our favorites in the MMJ space since the early Fall. That’s when the company’s research trajectory started to get serious traction in the development of a chewing gum delivery system for THC and CBD for the treatment of pain and spasticity associated with multiple sclerosis.

Recently, that success has begun to yield a virtuous circle of catalysts (which we will cover below), creating a ton of momentum in the shares. Recent action has seen nearly 110% tacked on to share pricing for the name in the past month. This is emblematic of the stock. AXIM has evidenced sudden upward volatility on many prior occasions. Furthermore, the listing has seen an influx in interest of late, with the stock’s recent average trading volume running 120% above its longer run average levels.

The first key catalyst to hit in recent days was the company’s announcement that it had received positive pharmacokinetic (PK) data results on its CanChew Plus CBD Gum, and gears up for clinical trial on alleviating the symptom of irritable bowel syndrome (IBS). “The single dose study on 10 mg of cannabidiol (CBD) and 30 mg of CBD determined the concentration of CBD in the blood after chewing one CanChew Plus® Gum for thirty minutes in healthy volunteers. The 30 mg dosage showed excellent results and this data will be used to determine the optimal concentration in the IBS patient trial.”

“These results show that excellent bioavailability for CBD may be achieved via our proprietary chewing gum delivery system, so that patients suffering from IBS may have symptomatic relief using an easy-to-use solution,” said George E. Anastassov, MD, DDS, MBA and Chief Executive Officer of AXIM® Biotech. “We believe that we can match or improve the bioavailability profile for CBD compared to other delivery systems such as smoking or oral intake. We look forward to entering clinical trial and making available our cannabis-based medicinal solutions to patients suffering from IBS and other gastrointestinal disorders as soon as possible.”

AXIM was then named on the top ten list of High Times magazine’s money makers in the MMJ space, which is unimportant for the bigger-picture prospects that this company holds, but matters in the fun-house mirror world of cannabis patch trading these days. The stock is receiving plenty of attention, and should continue to do so. But I’m sure management wasn’t upset at the acknowledgement.

Finally, also in the realm of exposure, the company just announced that “George E. Anastassov, MD, DDS, MBA and Chief Executive Officer of AXIM Biotech, is meeting with business prospects and investors at the Biotech Showcase 9th Annual Conference and the J.P. Morgan 35th Annual Healthcare Conference in San Francisco.”

According to the release, Biotech Showcase is an investor and partnering conference devoted to providing private and public biotechnology and life sciences companies with an opportunity to meet with investors and pharmaceutical executives at one of the industry’s largest annual healthcare investor conferences.

Earning a current market cap value of $772M, AXIM has $870k in cash on the books, which stands against about $4.1M total current liabilities. AXIM is effectively pre-revenue at this point. Given the action, this is one of the true momentum names in the marijuana space right – in fact, probably the only one to become relevant on a wider level to Wall Street and the world at large. Hence, this is a key play and we will be quick to update this one again as new information comes into view. For continuing coverage on shares of $AXIM stock, as well as our other hot stock picks, sign up for our free newsletter today and get our next hot stock pick!