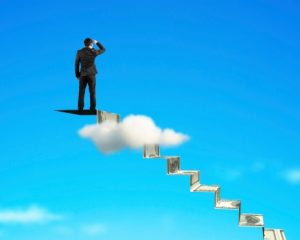 Citius Pharmaceuticals Inc (OTCMKTS:CTXR) is a penny play in the biotech space that has started to garner attention as the stock bounces up the chart. The stock boomed higher on Wednesday when the company announced its upcoming phase 3 study of Mino-Lok treatment (of infected central venous catheters) will in fact include the most common organisms associated with catheter-related bloodstream infections, “and that many of these pathogens have been shown to be resistant to many of the antibiotics being used today.”

According to the release, Mino-Lok is being developed as an adjunctive therapy for the treatment of catheter-related or central line associated bloodstream infection (CRBSI/CLABSI) in combination with appropriate systemic antibiotic(s), to salvage infected central venous catheters (CVCs), to preserve central venous access, and to avoid the complications and morbidities associated with catheter removal and reinsertion.

Citius Pharmaceuticals Inc (OTCMKTS:CTXR) promulgates itself as a specialty pharmaceutical company that develops and commercializes therapeutic products in the United States.

The company has a collaboration and license agreement with Alpex Pharma S.A. to develop and commercialize orally disintegrating tablet formulations of pharmaceutical products in United States, Canada, and Mexico. Citius Pharmaceuticals, Inc. was founded in 2007 and is headquartered in Maynard, Massachusetts.

CTXR paints itself as “dedicated to the development and commercialization of critical care products with a focus on anti-infectives, cancer care and unique prescription products using innovative, patented or proprietary formulations of previously approved active pharmaceutical ingredients. We seek to achieve leading market positions by providing therapeutic products that address unmet medical needs. By using previously approved drugs with substantial safety and efficacy data, we seek to reduce the risks associated with pharmaceutical product development and regulatory requirements.”

Find out when $CTXR stock reaches critical levels. Subscribe to OracleDispatch.com Right Now by entering your Email in the box below.

Looking at the action, we’ve witnessed 45% piled on for shareholders of the listing during the trailing month, but that move comes in the context of a larger bearish trend. The situation may be worth watching. CTXR has a history of dramatic rallies. Moreover, the listing has registered increased average transaction volume recently, with the past month seeing over 10,000% over the long run average. It pays to take note of this fact with the stock trading on a float that is tight at just 28.6M shares. It’s something the veterans know to key on: a mechanically driven price squeeze can result from this type of mix of small float and ramping attention from traders.

As noted above, the company is going to put its product to the test against the most common pathogens. Mr. Myron Holubiak, President and CEO stated, “There has been an alarming growth of antibiotic resistance in hospital acquired infections. The CDC has designated carbapenem-resistant Enterobacteriaceae (CRE) as being an ‘Urgent Threat’ meaning that these infections are untreatable or hard-to-treat, and are on the rise in medical facilities. CREs have become resistant to all or nearly all of the antibiotics we have today, and almost half of CRE bacteremic hospital patients will die from their infection.

“Additionally, CDC considers Methicillin Resistant Staphylococcus aureus (MRSA) to be a ‘Serious Threat.’ MRSA causes a range of illnesses, from skin and wound infections to pneumonia and bloodstream infections that can cause sepsis and death.  Staph bacteria, including MRSA, are one of the most common causes of healthcare-associated infections. We were encouraged by the work performed by the MD Anderson Cancer Center that showed Mino-Lok to be highly effective in vitro against these highly virulent organisms that form biofilm to protect their colonies from antibiotic attack. We have designed our phase 3 study to assure that these virulent and resistant pathogens are included, and we expect that Mino-Lok therapy will be effective in salvaging the CVCs in these settings.”

Currently trading at a market capitalization of $1097.1M, Citius Pharmaceuticals has about $294k on the books, which is balanced by about $5.2M total current liabilities. The company is pre-revenue at this point. We will update the story again soon as developments transpire. For continuing coverage on shares of $CTXR stock, as well as our other hot stock picks, sign up for our free newsletter today and get our next hot stock pick!