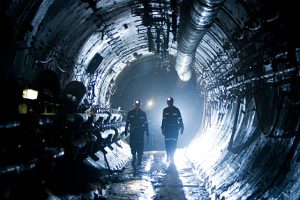 Uranium Resources, Inc. (NASDAQ:URRE) is a key player in the uranium space, which has been an explosive momentum group in the wake of Donald Trump’s stake-raising comments on Twitter in December that the U.S. “must greatly strengthen and expand its nuclear capability until such time as the world comes to its senses regarding nukes.” That set this group into high gear.

We’ve witnessed nearly 110% during the past month in terms of shareholder gains in the name. This is emblematic of the stock. URRE has a track record that includes a number of dramatic bounces. Furthermore, the stock has seen an influx in interest of late, with the stock’s recent average trading volume running just shy of 540% over the long run average.

Uranium Resources, Inc. (NASDAQ:URRE) trumpets itself as a company that is focused on developing energy-related metals.

The Company has developed a dominant land position in two prospective lithium brine basins in Nevada and Utah in preparation for exploration and potential development of any resources that may be discovered there.

In Texas, the Company has two licensed and currently idled processing facilities and approximately 11,000 acres (4,400 ha) of prospective ISR uranium projects. In New Mexico, the Company controls mineral rights encompassing approximately 186,000 acres (75,300 ha) in the prolific Grants Mineral Belt, which is one of the largest concentrations of sandstone-hosted uranium deposits in the world.

Find out when $URRE stock reaches critical levels. Subscribe to OracleDispatch.com Right Now by entering your Email in the box below.

The uranium stocks group has traded more or less in lock step in momentum money flows since Trump’s comments, helped along by further commentary and rumors out of North and South Korea. One of the factors that differentiates the stocks in this group is the degree to which each player is capable of using the speculative jump in share interest to raise cash through asset sales and offerings.

URRE has been aggressive on that front of late, doing some of each.

The company recently announced that it has closed the sale of its Churchrock and Crownpoint properties in New Mexico to Laramide Resources Ltd. for consideration valued at $12.5M comprised of $2.5 million cash ($250,000 of which was paid in advance), $500,000 of LAM common stock and warrants, a promissory note in the amount of $5.0 million, half of which LAM may satisfy through issuance of its common stock, and a retained NSR royalty on the Properties valued at $4.5 million. The transaction took over a year to complete and includes the approval from the U.S. Nuclear Regulatory Commission to transfer materials licenses for the properties to Laramide.

Several days later, the company announced that it has priced a registered public offering of an aggregate of 4,825,871 shares of common stock at a price to the public of $2.01 per share. The offering is expected to close on or before January 19, 2017, subject to customary closing conditions. Dawson James Securities, Inc. is acting as the sole book-running manager for the offering.

Total gross proceeds from the offering are expected to be approximately $9.7 million, before deducting placement agent fees and other estimated offering expenses. URI intends to use the net proceeds from the offering to fund ongoing business activities, which may include technical studies, restoration commitments, capital expenditures, debt reduction, working capital and other general corporate purposes.

At this time, carrying a capital value in the market of $41.5M, URRE has a significant war chest ($3.8M) of cash on the books, which stands against about $7.5M in total current liabilities. One should also note that debt has been growing over recent quarters. The company is pre-revenue at this point. This is an exciting story, and we look forward to a follow-up chapter as events transpire. For continuing coverage on shares of $URRE stock, as well as our other hot stock picks, sign up for our free newsletter today and get our next hot stock pick!