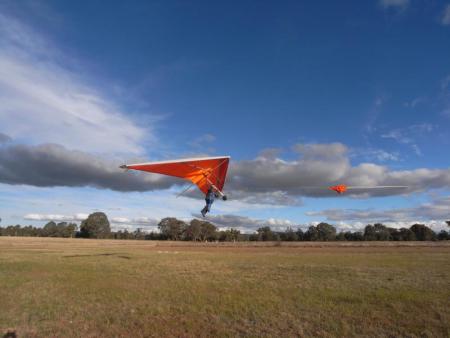 KAR Auction Services Inc. (KAR) shares are trading at lower $15.94 and the avg recommendation for the stock is Strong Buy, while the current...
Read more
Investing

mCig Inc (OTCMKTS:MCIG) is a stock we covered a few weeks ago, noting that the company was willing to put itself on the line and tout the notion that it is on track to deliver the “best quarter on record” to its shareholders. That was the company’s last quarter of 2016. However, as you will note, the company has an alternate fiscal calendar, with its quarter ending on October 31. Hence its next quarter will actually end at the end of January.

The stock’s recent breakout – in the best case scenario – is the market starting to push for recognition of the upside potential here. We see this name as part of the group of stocks that one might call the “pick and shovels” of the cannabis revolution. The move to legalize in an expanding footprint in the US and Canada is creating an undergrowth of cottage industries that support an ecosystem of money flows down the trophic chain. MCIG is a name that might be starting to really benefit. The company files with the SEC in fully-audited 10-Q’s. So it won’t be too long before they turn in their metaphorical papers and we get to find out.

As we noted last time, according the company’s own projections, they are moving forward with their best operational success at hand at present.

With January’s projected revenue numbers, MCIG is scheduled to deliver its best quarter in its history. Some of the key points made by management during the shareholder update call include: All three operating segments, construction, wholesale, and retail were profitable, self sustaining and projected to maintain upward trend; Construction/consulting division has become MCIG’s most profitable division, with expectations of a continued trend as Nevada Cultivators scale operations to meet recreational demand within the state; Our wholesale e-Cig and CBD segment is still robust, profitable and positioned exceptionally well in international & US markets.

In addition, management noted that it has established a new wholly owned subsidiary, Grow Contractors Inc., to oversee construction segment with Rob Kressa, a 10 year cannabis industry veteran appointed as the CEO of Grow Contractors Inc; MCIG in negotiations to acquire Medical Marijuana Establishment (“MME”) licenses in Nevada; MCIG currently has over $10 million in order/contract backlog; MCIG model considers acquiring, growing, incubating, operations in the cannabis space, with the ultimate intention to spin-off as it did with VitaCig, now Omni Health, Inc; OMHE investment is currently valued at over $1.5 million, which MCIG expects to be an appreciating asset over time or as a read to use reserve for the company mandates; and VitaCig e-Cig division continues its domination of the international e-Cig business.

Its recently expanded operations in Europe with plans to penetrate South Africa, and South America.

The chart shows above 180% piled on for shareholders of the name during the trailing month. What’s more, the stock has seen an influx in interest of late, with the stock’s recent average trading volume running exceeding 140% beyond what we have been seeing over the larger time frame.

Now commanding a market cap of $12.2M, MCIG has a reserve ($286K) of cash on the books, which is balanced by virtually no total current liabilities. MCIG is pulling in trailing 12-month revenues of $1.4M. However, the company is seeing declines on the top line on a quarterly y/y basis, with revenues falling at -30%. That said, as discussed above, we should see this trend change with the new numbers, or management will lose a ton of credibility. As more color becomes clear on the name, we will review the situation and update our take. For continuing coverage on shares of $MCIG stock, as well as our other hot stock picks, sign up for our free newsletter today and get our next hot stock pick!