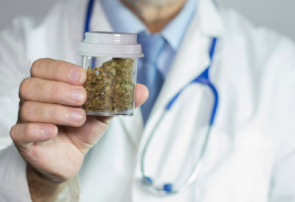 APHRIA INC COM NPV (OTCMKTS:APHQF) continues to be one of the sturdier players in the medical marijuana space in North America. The company is part of the Canadian strong-hold, in terms of large-scale producers. Shares have been very resilient to profit-taking, and recently received another bolstering factor, as the company came out with its latest report card, reporting its second quarter results, for the three months ended November 30, 2016, which turned out to be its fourth consecutive quarter of profitability.

Traders will note roughly sideways action over the past month (+5%). That said, the stock is up nearly 300% since last July. What’s more, the name has registered increased average transaction volume recently, with the past month seeing 89% above its longer run average levels. Since we last covered the name, the stock has moved 10.5% higher.

APHRIA INC COM NPV (OTCMKTS:APHQF) trumpets itself as a company that produces, supplies, and sells medical cannabis in Canada. Its cannabis products include dried flowers and cannabis oils.

According to company press materials, “Aphria Inc., one of Canada’s lowest cost producers, produces, supplies and sells medical cannabis. Located in Leamington, Ontario, the greenhouse capital of Canada. Aphria is truly powered by sunlight, allowing for the most natural growing conditions available. We are committed to providing pharma-grade medical cannabis, superior patient care while balancing patient economics and returns to shareholders. We are the first public licensed producer to report positive cash flow from operations and the first to report positive earnings in consecutive quarters.”

In the last four quarters, the Company has continued to amp up its results, particularly in terms of pre-tax overall profitability. Management noted that this should be attributed to strong growth in the average selling price per kilogram (or kilogram equivalent) and very strong new patient registrations in the quarter.

That highlights both key dynamics for this space right now: First, this is a commodity, and is subject to fungible vicissitudes of the marketplace. However, secondly, and quite clear in this case, is the degree to which changing attitudes among the general public will continue to be a tailwind for everyone involved.

The Company continued to report strong EBITDA levels, growing 13% in the quarter to $1,198,620. This is the Company’s second consecutive quarter with EBITDA greater than $1 million. The EBITDA growth reflects the Company’s continued focus on low cost producer status and industry leading patient care, quarter over quarter. Revenue for the three months ended November 30, 2016 was $5,226,589, representing a 19.5% increased over the prior quarter’s revenue of $4,375,512. The increase in revenue for the quarter was primarily a result of increased average selling price per gram (or gram equivalents) sold.

At this time, carrying a capital value in the market of $292.7M, APHRIA INC has a significant war chest ($98.6M) of cash on the books, which is balanced by about $743K in total current liabilities. One should also note that debt has been growing over recent quarters. APHQF is pulling in trailing 12-month revenues of $15.1M. In addition, the company is seeing major top line growth, with y/y quarterly revenues growing at 157.9%. You can bet we will update this one again as new information comes into view. For continuing coverage on shares of $APHQF stock, as well as our other hot stock picks, sign up for our free newsletter today and get our next hot stock pick!