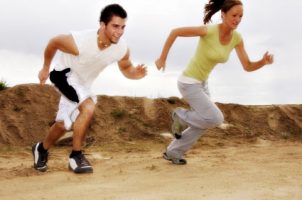 MENTOR CAPITAL INC COM NPV (OTCMKTS:MNTR) is an intriguing animal in the rapidly growing ecosystem of the cannabis patch. The company styles itself as a PE player looking to establish a diversified exposure profile in the space, with a hand in strategic decisions among its portfolio interests. Given the ROI we expect over the next 12-36 months in the cannabis and marijuana play in North America, Mentor has our attention for sure. In fact, the stock has a lot of folks’ attention, it would appear: Shares have sprinted higher by nearly 50% over the past 30 days, during a period that immediately follows a note from management detailing growing cash stores in the coffers.

Specifically, the company announced in a year-end letter to shareholders last month that the corporation would be closing the year with $1,200,000 cash on hand and zero debt in the parent company except for long-dormant non-interest bearing IOU’s to the founder, CEO, Chet Billingsley. Mr. Billingsley quantifies the opportunity for the new year, “Colorado cannabis sales will be an impressive $1.0 Billion in 2016, but the population of California, where recreational use was approved by voters, is seven times as large. We are based in California and are already working with four institutional investors to extend Mentor’s financial resources to support major marijuana companies getting ready to expand within the state, and elsewhere.”

MENTOR CAPITAL INC COM NPV (OTCMKTS:MNTR) trumpets itself as a private equity firm specializing in acquisitions. The firm provides passive equity funding and liquidity to smaller companies and owners in the medical, marijuana and social use cannabis companies.

Mentor Capital, Inc. was founded in 1985 and is based in Ramona, California.

MNTR seeks to come alongside and assist private medical marijuana and cannabis companies and their founders in meeting their liquidity and financial objectives, to add protection for investors and to help incubate private cannabis companies.

According to company materials, “The Company seeks to come alongside and assist private medical marijuana and cannabis companies and their founders in meeting their liquidity and financial objectives, to add protection for investors and to help incubate private cannabis companies.”

Find out when $MNTR stock reaches critical levels. Subscribe to OracleDispatch.com Right Now by entering your Email in the box below.

Turning back to the company’s year-end letter, we also liked this piece: on 2017, and the opportunities that lay ahead, Billingsley notes, “When we started in the medical marijuana market in 2013, total USA legal sales were $1.3 billion, growing annually to $3.4 billion, $5.0 billion and now projected to $7.2 billion for 2016 and to $21.8 billion by the end of 2020. This approximately 64% annualized market growth looks to make 2017 an exciting year for all involved in the cannabis industry.”

As we have noted repeatedly, now that we live in the post-“marijuana-is-going-to-be-legal-everywhere-eventually” reality that announced itself loud and clear on November 8 of last year, those who can invest the most will make the most. Period.

Looking at the action, traders will note 44% tacked on to share pricing for the name in the past month. This is emblematic of the stock. MNTR has a track record that includes a number of dramatic rips. What’s more, the name has seen an influx in interest of late, with the stock’s recent average trading volume running a bit over 170% over what the stock has registered over the longer term.

This is particularly important with a float in play that’s relatively small — around 12M shares. One is wise to respect the dynamic this may create — with such a tight trading float, this kind of ramping interest can force a supply-shock squeeze. Since we last covered the name, the stock has moved 23.2% higher in little more than two weeks.

Earning a current market cap value of $24.6M, Mentor Capital has recently boasted of cash reserves in excess of $1.2M, which is balanced by virtually no total current liabilities. The company is pre-revenue at this point. This may be a very interesting story and we will look forward to updating it again soon. For continuing coverage on shares of $MNTR stock, as well as our other hot stock picks, sign up for our free newsletter today and get our next hot stock pick!