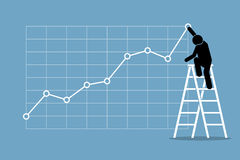 Pura Naturals Inc (OTCMKTS:PNAT) is a micro-cap that has surely grabbed the attention of the OTC crowd at this point with its amazing upward trend in shares. The company is moving toward a strategy weighted in favor of its ‘revolutionary’ foam cleaning products segment, and moving higher in theory on major money coming in to accumulate in front of announcements related to distribution contracts. That seems like a reasonable hypothesis on the action in the stock.

That hypothesis is supported by the company’s recent press releases, including a PR message on the potential direction those deals may take, and some notes on the foot in the door already achieved with Target, Whole Foods, and Bed, Bath, and Beyond, to name a few. The second key release covered some new team members that may be impact positions in 2017. The growth potential wrapped up here should be obvious as a narrative and the market is giving this story the benefit of the doubt.

Pura Naturals Inc (OTCMKTS:PNAT) is a company that produces and distributes flies and other fishing supplies, and fly tying instructional DVD’s, as well as bath and body products.

It offers a series of fly fishing flies under the titles of Yummy Tandem Flies, Natural Selection, and Canyon Magic. The company was incorporated in 2005 and is based in Lakewood, Colorado.

The roots of the company come from an entity known as “PURA – DE”, a Delaware corporation, which was formed in 2013. PURA – DE partnered with Advanced Innovative Recovery Technology, Inc. (AIRTech), to create a revolutionary and proprietary bio-based foam called BeBetterFoam that is made from renewable resources instead of petroleum.

PURA- DE markets and sells a line of cleaning products based on the BeBetterFoam platform for consumer kitchen and bathroom, with additional products for outdoor hobbies (fishing and boating, spas and pools), pet care, infant care and industrial use currently under development.

According to company materials, “The Bath & Body line and household (including kitchen) sponges are Oleophilic which means, among other things, that it absorbs oil, grease and grime, removes impurities from skin (cleansing and applying/removing make- up), is latex-free. PURA – DE products are also non-toxic, contain Plant-Based/ renewable resources, have a carbon-negative footprint (removes more carbon than is created), contain no petroleum by-products, use no adhesives or glues, and are infused with soap that is 100% Natural, bio-degradable, sustainable, Vegan, gluten-free, contains botanicals and essential oils; SLS-, Sulfate, Paraben-, and BPA- Free. The BeBetterFoam is hydrophobic, which means it resists and does not support bacteria. PURA – DE believes that the BeBetterFoam also is up to 40 times stronger than the leading kitchen sponge brand. BeBetterFoam is a unique, proprietary polymer process technology that is protected by a trade secret, completely owned by AIRTech and exclusively licensed to PURA – DE, and is incapable of being reverse engineered.

Find out when $PNAT stock reaches critical levels. Subscribe to OracleDispatch.com Right Now by entering your Email in the box below.

As noted above, there is a narrative building here that has translated into an extremely consistent pattern of accumulation on the charts shown above. In all, we’ve witnessed in excess of 110% piled on for shareholders of the listing during the trailing month. Market participants may want to pay attention to this stock. PNAT is a stock whose past is littered with sudden rips. What’s more, the company has witnessed a pop in interest, as transaction volume levels have recently pushed 220% over what the stock has registered over the longer term. Since we last covered the name, the stock has moved 72% higher.

That story has been powered by a sense of widening distribution for a niche product, as well as a team being built around the visionary side of the office to execute on that potential.

“Our revolutionary products have many applications and we are thrilled to be able to deliver a purer clean to more customers. “We have contracted with marketing firm, Impact Strategic Marketing Insights, LLC., to position us for large scale growth,” says CEO of Pura Naturals, Robert Doherty.

“We have brought together an experienced team in key areas as we position the company to transform what it means to clean,” says CEO of Pura Naturals, Robert Doherty.

Earning a current market cap value of $116.6M, PNAT has virtually no cash on the books ($27K against a market cap over 9 figures), which must be weighed relative to $392K in total current liabilities. The company has pulled in $73K in the past three quarters, with all of that reported in the most recent quarter, which makes it nigh impossible to present a top-line growth trend until its new report. That highlights the mystery with this name, and our motivation to keep a close eye on it going forward. For continuing coverage on shares of $PNAT stock, as well as our other hot stock picks, sign up for our free newsletter today and get our next hot stock pick!