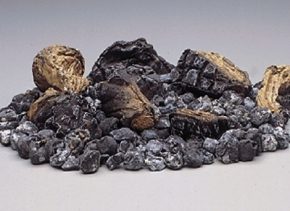 Peabody Energy Corporation (OTCMKTS:BTUUQ) is one of the world’s biggest producers of coal, and the largest in the US. The company has been benefiting from something of a revival in the coal market, but common shares of the ‘Q’ stock have been suffering. We outlined the reasons for this in numerous previous articles, but the OTC trading community seems stuck on the idea that an equity committee is going to be announced here, which will save the common stock and create a massive squeeze higher in BTUUQ shares.

The company is making every effort to eradicate such hope, even going so far as to put out a special announcement a few days ago stomping out any remaining flames. We suggest the reader takes their comments to heart.

In the course of management’s efforts to truly drown out hope in the common share market, several pointed quotes take center stage:

“Attempts by parties to appoint an equity committee have generated media reports based on inaccuracies and speculation raised by those parties.”

“Peabody has been consistent and transparent for many months in communicating that, as with most Chapter 11 processes, current equity holders are unlikely to receive any value and their shares are likely to be cancelled.  Certain parties sought equity committee formation in late 2016, and the U.S. Trustee declined the request.  The matter will now properly be heard by the U.S. bankruptcy court.”

There it is, in stark black and white. Frankly, we were a little surprised by the turn this took late last year simply because the coal market made such a dramatic surge. The company has asset valuations to consider in the bankruptcy process. And that includes reserves in the ground. Those reserves have to be revalued much higher with the price of coal on the market. That revaluation, one might hypothesize, could effectively elevate the company’s financial capacity in the eyes of current creditors, creating some more options.

But, alas, ‘twas not meant to be for BTUUQ. The US Trustee made that call, and the matter was defeated. We would not suggest running too far with the dream that the judge at the bankruptcy court will be a market guy and point to Appalachian coal futures on the CME. Markets will likely continue to be deemed “variable” and “volatile” and “unpredictable”. And assets will probably remain recorded according to a very long-term moving average that smooths away the recent gains as a rounding error. As more color becomes clear on the name, we will review the situation and update our take if any of this changes. For continuing coverage on shares of $BTUUQ stock, as well as our other hot stock picks, sign up for our free newsletter today and get our next hot stock pick!