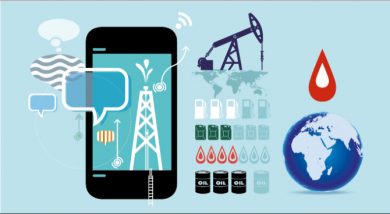 Rex Energy Corporation (NASDAQ:REXX) is a micro-cap stock in the energy space that has powered higher in recent trade in response to the company’s announcement of its two-year financial and operational plan and general financial update. The reaction in shares REXX stock suggests that the outlook hit the market as good news, and that the stock was not overly saturated with speculative positioning into the announcement.

“Rex Energy’s two-year plan is a clear, transparent road map for our future operation strategy. We designed the plan to enhance cash flow, provide strong production growth, and significantly reduce the company’s overall debt metrics – all while living within cash flow,” said Tom Stabley, President and CEO of Rex Energy. “The plan builds on the success of our 2016 initiatives; with the quality of our acreage, and strong support from our partners and dedicated employees, we’re confident we can deliver.”

Rex Energy Corporation (NASDAQ:REXX) bills itself as a company that operates as an independent oil, natural gas liquid, and natural gas company in the Appalachian and Illinois basins in the United States.

The company focuses on the Marcellus Shale, Utica Shale, and Burkett Shale drilling and exploration activities in the Appalachian Basin, as well as on developmental oil drilling on its properties in the Illinois Basins. As of December 31, 2015, it had estimated proved reserves of 680.4 billion cubic feet equivalent; and owned interests in approximately 1,819 oil and natural gas wells.

Rex Energy Corporation was founded in 2007 and is headquartered in State College, Pennsylvania.

According to company materials, “Headquartered in State College, Pennsylvania, Rex Energy is an independent oil and gas exploration and production company with its core operations in the Appalachian Basin. The company’s strategy is to pursue higher potential exploration drilling prospects while acquiring oil and natural gas properties complementary to its portfolio.”

Find out when $REXX stock reaches critical levels. Subscribe to OracleDispatch.com Right Now by entering your Email in the box below.

According to the release, the plan for 2017 includes net operational capital expenditures in the range of $70.0 – $80.0 million, with approximately 80% allocated to the development of the Marcellus and Upper Devonian Burkett shales in the Moraine East and Legacy Butler Operated Areas. Approximately 20% is allocated to the development of the Utica Shale in the Warrior North Area. The 2017 capital budget is expected to be funded through cash flow from operations and asset divestitures.

With OPEC and “NOPEC” agreements late last year defining the market outlook for oil in the first half of 2017, and recent moves in the Nat Gas market presenting a highly volatile context, we immediately prioritize hedging information in our evaluation of smaller players in the space. In this case, it would appear the company is being conservative. That may be a good thing, but can seriously backfire if the commodity markets hit another gear on the upside.

Recent action has seen 78% piled on for shareholders of REXX stock during the trailing month, a bounce that has taken root amid largely bearish action over the larger time frame. The situation may be worth watching. REXX stock has a past is littered with sudden rips. What’s more, the stock has seen interest climb, with an increase in recent trading volume of a bit less than 370% above the average volume levels in play in this stock over the longer term.

At this time, carrying a capital value in the market of $79M, REXX has a significant war chest ($2.5M) of cash on the books, which stands against about $201K in total current liabilities. REXX is pulling in trailing 12-month revenues of $130.3M. However, the company is seeing declines on the top line on a quarterly y/y basis, with revenues falling at -9.4%. As more color becomes clear on the name, we will review the situation and update our take. For continuing coverage on shares of $REXX stock, as well as our other hot stock picks, sign up for our free newsletter today and get our next hot stock pick!