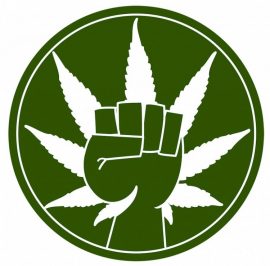 Marijuana Company Of America Inc (OTCMKTS:MCOA) is a micro-cap player broadly in the marijuana space. The stock that has grabbed hold of the attention of traders during its recent pop higher, though there does not seem to be any obvious catalyst involved in the move. When we last looked at this stock, the narrative was evolving in a positive direction, with the company engaging a CPA firm to complete a two-year audit of its financial statements as part of the process of preparing to become a fully reporting public company with the intent of uplisting to a higher reporting exchange.

Traders will note above 120% tacked on to share pricing for the name in the past month. This is emblematic of the stock. MCOA is a stock who’s past is littered with sudden rips. In addition, the company has registered increased average transaction volume recently, with the past month seeing nearly 110% over what the stock has registered over the longer term. Since we last covered the name, the stock has moved 47.5%.

Marijuana Company Of America Inc (OTCMKTS:MCOA) trumpets itself as a marijuana marketing and distribution company. It intends to distribute a range of marijuana, CBD, and related products in the United States and internationally.

According to the Company’s press materials, “MCOA plans to distribute marijuana and products related to marijuana as well as CBD and hemp, using a variety of marketing approaches to distributing on a global basis.”

Find out when $MCOA stock reaches critical levels. Subscribe to OracleDispatch.com Right Now by entering your Email in the box below.

As discussed at the outset, the company began to move toward auditing and hopefully uplisting as 2016 came to a close. According to its materials, that process entails a two-year audit of the Company’s financial statements and would be a piece of the puzzle in becoming a fully reporting public company with the intent of uplisting to a higher reporting exchange.

“Our goal is to be a fully transparent reporting public company,” said the Company’s CEO, Donald Steinberg.

“As we grow and take these major steps, we want our shareholders to be well-informed about our plans and our progress. By becoming a fully-reporting, transparent public company, we may be better positioned to enhance stock liquidity and attract institutional investors, which will fundamentally enhance the value of our Company.”

Once the audit is completed over the next several months, the Company will have a better idea which stock exchange is most appropriate for the Company. “Our goal is to be fully reporting on the most reputable exchange we qualify for, so our shareholders have all the information they need to follow our progress in detail,” said Mr. Steinberg. From what we have gleaned, L&L is registered and experienced in conducting audits of public companies in the cannabis industry. The press release continues, “Completing this audit will help ensure the accuracy and completeness of the Company’s financial information, and also help to identify and strengthen internal controls over financial reporting.”

That shift comes on the heels of the company’s announcement in early December that it had commenced generating revenue and started to ship orders for its hempSMART Brain product.

The company recently announced the inaugural product launch of hempSMART Brain on November 4. Members and non-members became able to place orders for the product on November 7, 2016 in conjunction with the launch of the full hempSMART.com website.

With the auditing process, results should actually start reflecting sales data. Given that we are into the latter half of January, it may well be that this current move in the stock is an “insider run” ahead of that first audited report of real revenues.

At this time, carrying a capital value in the market of $159.1M, MCOA has virtually no cash on the books, which stands against about $108K in total current liabilities. One should also note that debt has been growing over recent quarters. The company is pre-revenue at this point. This is an exciting story, and we look forward to a follow-up chapter as events transpire. For continuing coverage on shares of $MCOA stock, as well as our other hot stock picks, sign up for our free newsletter today and get our next hot stock pick!