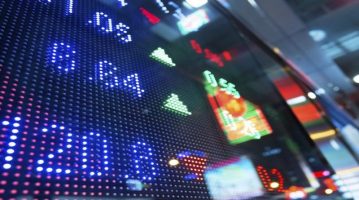 Easton Pharmaceuticals Inc (OTCMKTS:EAPH) is a micro-cap name that has started to garner attention EAPH stock rockets up the chart. The latest catalyst is the company’s announcement of its receipt of an initial purchase order for the Gynofit Lactic Acid Gel Treatment from Gedeon Richter for their product launch in Mexico slated for this February.

According to the company’s release, “as per its recently announced distribution agreement with Gedeon Richter, Easton / BMV and their host laboratory, Ackerman Pharma, have received an initial purchase order for their in-licensed Gynofit Lactic Acid Gel Treatment with delivery from Switzerland expected later this month, and subsequent delivery to Gedeon Richter in Mexico for an expected February product launch. This agreement coincides with its recent distribution agreement executed with Windsor Pharmaceuticals for Central America which is pending regulatory approval.”

“This PO represents the beginning towards delivering sales in 2017 and beyond as we slowly initiate launching our products throughout the territories we have received approval in,” stated Evan Karras, CEO of Easton Pharmaceuticals.

Mr. Karras further commented, “We expect sales to slowly grow and becoming very robust over the coming years as this natural treatment for Bacterial Vaginosis will be marketed as a natural alternative to antibiotics to successfully treat vaginal infections and also marketed to maintain optimal vaginal flora.” “Gynofit” is a natural product treatment for women diagnosed with BV (Bacterial Vaginosis), a condition that affects nearly all women at some point in their lives and is one of the most common reasons for gynecological visits by women.

Traders will note a bit less than 120% piled on for shareholders of the listing during the trailing month. Market participants may want to pay attention to this stock. EAPH stock has evidenced sudden upward volatility on many prior occasions. In addition, the name has seen an influx in interest of late, with the stock’s recent average trading volume running just shy of 110% over the long run average.

Earning a current market cap value of $30.6M, EAPH has virtually no cash on the books, which stands against about $115K in total current liabilities. One should also note that debt has been growing over recent quarters. The company is pre-revenue at this point. This is an exciting story, and we look forward to a follow-up chapter as events transpire. For continuing coverage on shares of EAPH stock, as well as our other hot stock picks, sign up for our free newsletter today and get our next hot stock pick!