It May be Crunch Time for Growlife Inc (OTCBB:PHOT) 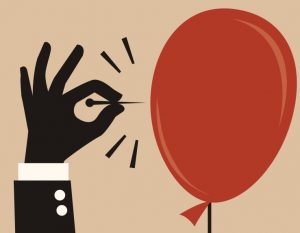 Growlife Inc (OTCBB:PHOT) is a pick and shovel player in the pot space. The company provides all you need to get started cultivating cannabis. Because of the landmark voting in the US in November of last year, one must assume there are a whole lot more people getting set up as marijuana cultivators right now. Hence, for PHOT, it’s rather like being a seller of distillery equipment at the end of Prohibition. One assumes the future potential for this company is set to be indicated by how they do in the next couple quarters.

Recent action has seen 97% piled on for shareholders of the name during the trailing month. Market participants may want to pay attention to this stock. PHOT is a stock who’s past is littered with sudden rips. What’s more, the stock has seen an influx in interest of late, with the stock’s recent average trading volume running a bit less than 150% above the average volume levels in play in this stock over the longer term. Since we last covered the name, the stock has moved 16.8% higher.

Growlife Inc (OTCBB:PHOT) trumpets itself as the next in line as the nation’s largest cultivation service provider for cultivating organics, herbs and greens and plant-based medicines.

Their stated mission is to “best serve more cultivators in the design, build-out and expansion of their facilities with products of high quality, exceptional value and competitive price. Through a nationwide network of local representative, regional centers and its e-Commerce team, GrowLife provides essential goods and services including media (farming soil), industry-leading hydroponics equipment, plant nutrients, and thousands more products to specialty grow operations in 17 states.”

GrowLife is headquartered in Seattle, WA and was founded in 2012.

According to company materials, “GrowLife, Inc. aims to become the nation’s largest cultivation service provider for cultivating organics, herbs and greens and plant-based medicines. Our mission is to best serve more cultivators in the design, build-out and expansion of their facilities with products of high quality, exceptional value and competitive price. Through a nationwide network of local representative, regional centers and its e-Commerce team, GrowLife provides essential goods and services including media (farming soil), industry-leading hydroponics equipment, plant nutrients, and thousands of more products to specialty grow operations. GrowLife is headquartered in Kirkland, WA, and was founded in 2012.”

Find out when $PHOT stock reaches critical levels. Subscribe to OracleDispatch.com Right Now by entering your Email in the box below.

The last time we covered the name, we highlighted a new program that makes this a more interesting story in the space.

According to the company’s release, “The recent elections validated the nationwide demand for indoor cultivation by commercial growers as well as consumers. GrowLife’s Retail License Program repositions the Company to serve States with laws that support such cultivation, as well as addressing the increasing demand for indoor farming of healthier and localized fruits and vegetables. This groundbreaking program will work with independent business partners to license the GrowLife brand and work with the Company’s core team to open GrowLife branded stores. These stores will be either new stores or stores within existing retail outlets, creating a GrowLife store-within-a-store to introduce hydroponics products to their customers.”

The GrowLife Retail License Program offers new and existing hydroponic and home supply stores the ability to brand their stores as GrowLife and gain access to GrowLife’s 15,000 product hydroponic supply chain, which will provide their customers with local access to hydroponics equipment and supplies for popular indoor controlled farming.

Now commanding a market cap of $27.1M, PHOT has virtually no cash on the books, which must be weighed relative to about $2.7M in total current liabilities. This is a dreadful balance sheet situation, but at least debt levels are no longer growing according to recent financial reports.

PHOT is pulling in trailing 12-month revenues of $1.3M. However, the company is seeing sharp declines on the top line on a quarterly y/y basis, with revenues falling at -62%. As noted at the outset, this is their time to shine. Hence, we expect there is now a lot of pressure on management to show a turnaround in the direction of revenue growth during the first half of 2017. We will update the story again soon as developments transpire. For continuing coverage on shares of $PHOT stock, as well as our other hot stock picks, sign up for our free newsletter today and get our next hot stock pick!