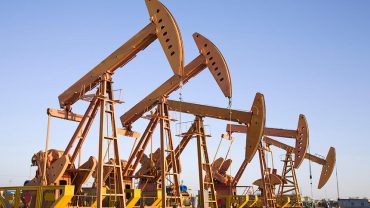 Sintx Technologies Inc. (SINT) shares are trading at lower $1.65 and the avg recommendation for the stock is Moderate Buy. To add more color...
Read more
Investing

PetroGas Co (OTCMKTS:PTCO) is a micro-cap stock that has started to garner attention as it rockets up the chart in a manner completely disproportionate to the company’s financial and strategic reality. This is a wild mover and the narrative has to be something incredibly tempting for bears. In reality, PTCO stock has basically gained 15x in market cap by leasing plots of land for a few thousand bucks in regions associated with gas and oil production.

In all, we’ve witnessed more than 380% during the past month in terms of shareholder gains in the listing. The situation may be worth watching. PTCO stock has a history of dramatic rallies. Moreover, the name has seen interest climb, with an increase in recent trading volume of just shy of 330% over what the stock has registered over the longer term. Since we last covered the name, the stock has moved 100.9% higher.

Find out when PTCO stock reaches critical levels. Subscribe to OracleDispatch.com Right Now by entering your Email in the box below.

As of yet, this company hasn’t pumped a single drop of oil or made dollar number one in sales, and they don’t have a dime of cash left on the books.

But we are looking at a company now worth over $160M on the market. It’s remarkable, and it may continue to be interesting as it’s likely still loaded with short interest.

In the company’s latest move, they announced the purchase from the Bureau of Land Management (“BLM”) 160 acres of oil and gas leases in Valley County, Montana. Montana produced 28 million MCF of gas and nearly 83 million bbls of oil in 2015 and there are currently only about 41,000 wells on file.

“Montana is an up and coming oil and gas producer and we want to position the company to benefit from what we believe will be a rush to produce from unconventional drilling in the state once energy prices recover further,” stated Mr. Huang Yu, CEO of Petrogas Company.

According to the release, “Exxon, Vanguard, and Continental all have a stake in the Montana deposits. Three years ago, the United States Geological Survey (USGS) released a new assessment for oil and gas reserves in North Dakota, South Dakota and Montana. The assessment includes new estimates for the Three Forks Formation and updated estimates for the Bakken Formation. By combining the estimates for Three Forks and Bakken, the USGS found that the region has far greater reserves of oil and natural gas than previously thought. The USGS estimates that the two formations have a total of approximately 7.4 billion barrels of undiscovered, technically recoverable oil, which is twice the amount that was reported in the 2008 assessment.”

In addition, the oil and gas markets have continued to strengthen even in the face of a rising US dollar, which is historically rare and may signal continued bets on rising demand for energy in the months to come.

Currently trading at a market capitalization of $160.3M, PTCO has virtually no cash on the books, which must be weighed relative to about $200K in total current liabilities. The company is pre-revenue at this point. It’s without cash. And it’s likely the product of some promotional activity — it just fits the profile, in our experience. We look forward to a follow-up chapter as events transpire. For continuing coverage on shares of PTCO stock, as well as our other hot stock picks, sign up for our free newsletter today and get our next hot stock pick!