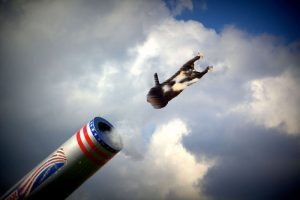 mCig Inc (OTCMKTS:MCIG) is a micro-cap stock that’s clearly begun to spur some major interest among players in the OTC marketplace as shares launch higher. MCIG stock has been on fire for a few reasons. First, they recently revealed that they were on track for the company’s best quarter ever. Second, they have massive exposure to Omni Health, Inc., a company that is starting to see much-improved results as of recent reporting and may soon uplist and garner more attention from traders. And third, MCIG just began the process of cancelling 5 million shares of its common stock.

The chart shows a bit less than 130% added to share values of the stock over the past month of action. This is emblematic of the stock. MCIG stock has a track record that includes a number of dramatic bounces. In addition, the name has seen an influx in interest of late, with the stock’s recent average trading volume running nearly 200% over the long run average.

Find out when MCIG stock reaches critical levels. Subscribe to OracleDispatch.com Right Now by entering your Email in the box below.

“We are announcing to our shareholders that we have reduced our shares of common stock outstanding by 5 million shares,” stated Michael Hawkins, CFO of MCIG. “Building value for shareholders in a public company requires not only success in establishing a strong business and revenue model, but also maintaining the financial integrity that comes from prudently managing the stock capital structure of the company. During our review we were able to identify and negotiate terms of service that led to the cancellation of prior stock issuances.”

“We made a firm commitment to our employees, partners and shareholders that we would focus on executing our business plan with the guiding principle of enhancing shareholder value through profitable revenue growth and diligent oversight of our capital structure,” added Paul Rosenberg, CEO of MCIG. “We will continue to evaluate our stock capital structure to increase shareholder value. It is our team’s primary objective to add value to current and future shareholders through actions reflecting appropriate fiduciary responsibility,” concluded Rosenberg.

As discussed in the recent release, in a separate matter, MCIG received a proposal from several shareholders to create a new series of Preferred B Stock to convert their common shares with a 24 month lock-up agreement. mCIG is happy to see that multiple shareholders believe in the mCIG management team and its implemented business strategies, and are prepared to invest in MCIG stock on a long term basis. MCIG’s board of directors is analyzing the proposal, and if the board of directors concurs with shareholder group, the capital structure of the company will be substantially improved.

The Company will update our shareholders on the board of directors’ decision and the outcome of the transaction.

Earning a current market cap value of $132.9M, MCIG has a chunk ($286K) of cash on the books, which compares with virtually no total current liabilities. MCIG is pulling in trailing 12-month revenues of $1.4M. However, the company is seeing declines on the top line on a quarterly y/y basis, with revenues falling at -30%. This is an exciting story, and we look forward to a follow-up chapter as events transpire. For continuing coverage on shares of MCIG stock, as well as our other hot stock picks, sign up for our free newsletter today and get our next hot stock pick!