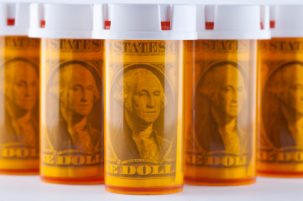 Pharmacyte Biotech Inc (OTCMKTS:PMCB) is a micro-cap biotech player pushing its way onto the pancreatic cancer treatment scene. The company was recently featured in a Stock Market Media Group piece that helps to better define the company’s message. The basic gist of that message positions PMCB as an emerging direct competitor with Ely Lilly (LLY) and its chemotherapy drug, gemcitabine.

PharmaCyte’s alternative is to use its advanced, inoperable pancreatic cancer therapy, “which consists of the company’s signature live-cell encapsulation technology, Cell-in-a-Box, plus low doses of the FDA-approved chemotherapy drug ifosfamide, in its upcoming clinical trial where it will go head to head with gemcitabine in order to address an unmet medical need.”

According to the release, “Dr. Von Hoff and his firm Translational Drug Development (TD2) will now help PharmaCyte with its pancreatic cancer therapy in an upcoming clinical trial that he helped design along with Dr. Manuel Hidalgo, who is the Chief of the Division of Hematology-Oncology at Harvard Medical School’s Beth Israel Deaconess Medical Center and who will serve as the Principal Investigator in PharmaCyte’s upcoming clinical trial, and Dr. Matthias Löhr of the Karolinska Institute in Stockholm, Sweden.”

The piece goes on to note that “Dr. Von Hoff helped to get approval for Celgene’s Abraxane-gemcitabine combination fast-tracked by showing the FDA that there is an urgent need for better treatments for advanced pancreatic cancer, and there is a real opportunity that PharmaCyte’s therapy could also be fast-tracked if the company can produce data that is similar or better than the data produced in two earlier independent clinical trials using the therapy.”

Traders will note some softness in PMCB shares of late, with about -8% pushed out of share prices for the stock over the past week. But market participants may want to pay attention to this stock. PMCB is a stock who’s past is littered with sudden rips. Furthermore, the listing has seen interest climb, with an increase in recent trading volume of 29% over what the stock has registered over the longer term. Since we last covered the name, the stock has moved -20.3% to the downside, but the move counters a dramatic rise in shares in the Fall.

Currently trading at a market capitalization of $92M, PMCB has a store ($1.6M) of cash on the books, which is balanced by virtually no total current liabilities. The company is pre-revenue at this point. We will update the story again soon as developments transpire. For continuing coverage on shares of $PMCB stock, as well as our other hot stock picks, sign up for our free newsletter today and get our next hot stock pick!