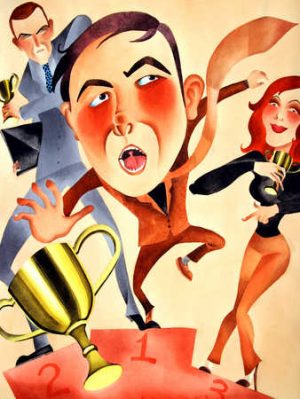 Sempra Energy (SRE) shares are trading at lower $127.97 and the avg recommendation for the stock is Moderate Buy, while the current analyst price...
Read more
Opinion

Is Now the Time to Invest in Allison Transmission Holdings Inc. (NYSE:ALSN)?

Allison Transmission Holdings Inc. (ALSN) shares are trading at lower $41.06 and the avg recommendation for the stock is Moderate Buy, while the current...
Read more
Opinion

Upwork Inc. (UPWK) shares are trading at higher $20.68 and the avg recommendation for the stock is Moderate Buy, while the current analyst price...
Read more
Opinion

DTE Energy Company (NYSE:DTE) on the Path to Ruin

DTE Energy Company (DTE) shares are trading at lower $118.17 and the avg recommendation for the stock is Moderate Buy, while the current analyst...
Read more

Americann Inc (OTCMKTS:ACAN) is a micro-cap cannabis play that has been burning up the charts of late, gathering increasing attention among OTC traders. The latest catalyst in play for the stock may be important in the larger narrative: the company just announced that it will be the Title Presenter at the New England Real Estate Journal’s first summit of 2017. The “Cannabis in Commercial Real Estate Summit” will be held February 8th, 2016 at the Boston Marriott Newton. Since this company is expanding fast in that region, this may really turn into a major catalyst. And it comes just next week.

Like all players in the space, 2017 is a time to seek exposure and separate oneself from the herd as more mainstream capital starts to get earmarked toward the marijuana sector following last November’s legitimizing vote. The New England Real Estate Journal (NEREJ) is the largest commercial real estate media company in the world that covers all six New England states and has been in business since 1963. NEREJ has thirteen summits a year in Massachusetts, Northern New England and Connecticut. The first summit of 2017 is titled “Cannabis and Commercial Real Estate.”

Americann Inc (OTCMKTS:ACAN) frames itself as a company that provides various services to the regulated cannabis industry in the United States.

The company offers services that include consulting, design, construction, and financing to approved and licensed marijuana operators. It focuses on developing, owning, and supporting medical cannabis cultivation and processing facilities.

The company was formerly known as Nevada Health Scan, Inc. and changed its name to AmeriCann, Inc. in February 2014. AmeriCann, Inc. was founded in 2010 and is based in Denver, Colorado.

According to company materials, “AmeriCann is a publicly traded company that plans to develop and lease sustainable, state-of-the-art medical cannabis cultivation properties. The Company has over 1,000,000 square feet of facilities in the planning and design stages of development. The Company has designed a proprietary line of cannabis infused products which will be branded and licensed to companies in regulated markets. AmeriCann, Inc. is a Certified B Corp, an acknowledgment of the company’s commitment to social and environmental ethics, transparency and accountability. AmeriCann became the first public cannabis company to earn this respected accreditation.”

Find out when $ACAN stock reaches critical levels. Subscribe to OracleDispatch.com Right Now by entering your Email in the box below.

According to the company’s recent release, AmeriCann’s President and CEO, Tim Keogh, will be a panelist, as well as meeting one-on-one with attendees and investors throughout the event discussing the company and the Massachusetts Medical Cannabis Center. AmeriCann recently completed the acquisition of a 53-acre Massachusetts property from Boston Beer Company (NYSE:SAM) for $4,475,000 cash. The Company plans to develop the property as the Massachusetts Medical Cannabis Center (the “MMCC”), which is expected to be one of the largest and most technologically advanced cannabis cultivation facilities in the nation. The Commercial Real Estate market in Massachusetts will undergo significant expansion and revitalization as the Cannabis industry develops throughout the Commonwealth.

According to a September 2015 Market Report conducted by CBRE: “The marijuana industry was a key factor in the industrial sector’s recovery during the current business cycle, accounting for 35.8% of Denver’s total net absorption in industrial space between 2009 and 2014. Marijuana cultivation accounts for at least 3.7 million sq. ft. of occupied industrial space in Denver, or approximately 2.6% of the existing warehouse footprint.”

Traders will note 57% piled on for shareholders of the name during the trailing month. This is emblematic of the stock. ACAN has a history of dramatic rallies. In addition, the company has registered increased average transaction volume recently, with the past month seeing just shy of 230% over what the stock has registered over the longer term.

Traders should note this as important with a float in play that’s tiny — at 5.4M shares. One is wise to respect the dynamic this may create — ramping trading activity can overwhelm available supply in a stock with this type of small float, leading to an upward burst in prices. Since we last covered the name, the stock has moved 153.9% higher.

At this time, carrying a capital value in the market of $77.7M, ACAN has virtually no cash on the books, which compares with about $3.4M in total current liabilities. One should also note that debt has been growing over recent quarters. ACAN is pulling in trailing 12-month revenues of $90K. This may be a very interesting story, particularly next week, and we will look forward to updating it again soon. For continuing coverage on shares of $ACAN stock, as well as our other hot stock picks, sign up for our free newsletter today and get our next hot stock pick!