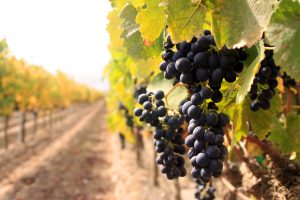 Iconic Brands Inc (OTCMKTS:ICNB) is a micro-cap name that continues to rip higher as the company makes its case for a sales growth narrative. As we previously reported, Bellissima Prosecco finished the last 8 weeks of 2016 (an initial sales cycle) with sales nearing 7,000 cases, and additional case sales were only limited by initial inventory. According to a prior release, the company is positioned with current monthly allocated capacity of 30,000 cases, which can be increased based on demand.

ICNB stock has continued to move higher as the company begins to add operational expertise, with its latest announcement that it has entered into an executive advisory agreement with Mr. Joseph J. Bianco. In a continued effort to move our company forward and in the proper manner, Mr. Bianco will be instrumental in the initiatives of corporate governance and compliance, as well as advising on the selection of our auditing firm, creation of a proper board of directors, and selection of an appropriate IR Firm to represent the company. Mr. Bianco will assist in all contractual and legal matters so as best to position our company for success. The initial term of the contract is for 6 months with the expectation of Mr. Bianco joining the company in a permanent capacity thereafter; Mr. Bianco has agreed to receive restricted shares in the company and will waive his salary for the term.

Iconic Brands Inc (OTCMKTS:ICNB) bills itself as a company that produces wines. The company is based in Amityville, New York.

According to company materials, “Iconic Brands Inc. (“Iconic”) is a beverage company with the highest expertise of developing, from inception to completion, alcoholic beverages for itself and third parties. Iconic Brands markets and places products into national distribution through long standing industry relationships. Iconic is also a leader in “Celebrity Branding” of beverages, procuring superior and unique products from around the world and branding its products with internationally recognized celebrities. Currently offering Bivi Vodka, www.BiviVodka.com and Bellissima Prosecco, www.BellissimaProsecco.com.”

Find out when ICNB stock reaches critical levels. Subscribe to OracleDispatch.com Right Now by entering your Email in the box below.

As noted above, ICNB management has contracted the expertise of Joseph Bianco in an advisory capacity as the company continues to lay down a foundation capable of supporting bigger things ahead.

In 1990 Mr. Bianco bought the first of some twenty music catalog and distribution companies that became Alliance Entertainment Corporation, of which Mr. Bianco was founder, Chairman and CEO until he sold control in 1996. Mr. Bianco went on to form The Interlink Companies, a large distributor of periodicals, which he sold in 2001 to Source Interlink.

Mr. Richard DeCicco commented, “I’m extremely pleased to have Joe working with us; his track record of growing and selling companies as well as his vast knowledge of the public markets will be invaluable to the growth of our current and future brands.”

Mr. Joseph Bianco stated, “After reviewing the products and getting to know Rich, I’m very enthusiastic about the potential of the brands Bellissima and Bivi, as well future projects on the horizon, and in order to facilitate the growth of the company I’m highly confident together we will assemble the appropriate team of professionals both industry and wall street to manage this process.”

We’ve witnessed better than 220% added to share values of the stock over the past month of action. Market participants may want to pay attention to this stock. ICNB stock has a history of dramatic rallies. In addition, the name has seen interest climb, with an increase in recent trading volume of 56% above its longer-run average levels.

Now commanding a market cap of $23.2M, ICNB has virtually no cash on the books, which must be weighed relative to about $892K in total current liabilities. One should also note that debt has been growing over recent quarters. ICNB is pulling in trailing 12-month revenues of $5K. However, the company is seeing declines on the top line on a quarterly y/y basis, with revenues falling at -100%. As more color becomes clear on the name, we will review the situation and update our take. For continuing coverage on shares of ICNB stock, as well as our other hot stock picks, sign up for our free newsletter today and get our next hot stock pick!