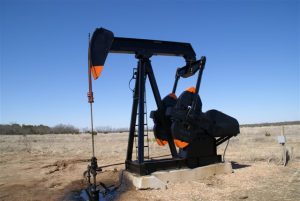 VAALCO Energy, Inc. (NYSE:EGY) is an independent energy player in the US that has been struggling to come off the mat following a huge trek lower through the bear market in oil and gas that dominated the post-QE US marketplace from late 2014 through mid-2016. EGY stock has recently started to make some noise, and that movement was augmented powerfully last week when the company provided an operational update that reported strong fourth quarter and full year 2016 production results.

Production for the fourth quarter of 2016 averaged approximately 3,650 barrels of oil equivalent per day (BOEPD), above the previously provided guidance range of 3,300 to 3,600 BOEPD. Fourth quarter volumes include production from the acquisition of an additional 3.23% participating interest (2.98% working interest) in the Etame Marin Permit from Sojitz Etame Limited for the month of December after closing the transaction in November.

VAALCO Energy, Inc. (NYSE:EGY) promulgates itself as an independent energy company that acquires, explores for, develops, and produces crude oil and natural gas in the United States.

It also acts as the operator of unconventional resource properties in North Texas and a lease hold in Montana; and owns minor interests in conventional production activities as a non-operator.

According to company materials, “VAALCO Energy, Inc. is a Houston-based independent energy company principally engaged in the acquisition, development and production of crude oil. The Company’s properties and acreage are located primarily in Gabon and Equatorial Guinea in West Africa.”

Find out when EGY stock reaches critical levels. Subscribe to OracleDispatch.com Right Now by entering your Email in the box below.

According to the company’s recent release, full year 2016 production was approximately 4,200 BOEPD, at the high end of the full year guidance range of 3,900 to 4,300 BOEPD.  As previously announced on January 5, following the successful completion of workover operations on the Avouma Platform offshore Gabon, Company production averaged approximately 4,600 BOEPD and has remained at those levels throughout the month of January. A new investor presentation has been uploaded to the Company’s website at www.vaalco.com detailing the progress made since the third quarter conference call in early November.

Cary Bounds, VAALCO’s Chief Executive Officer commented, “Following our successful well intervention campaign to quickly and efficiently replace down-hole pumps utilizing a hydraulic workover unit, our net production has risen to approximately 4,600 barrels of oil equivalent per day.  With fourth quarter 2016 production coming in above the guidance range and full year 2016 production near the top of the range, we continue to demonstrate our focus on delivering production from our world class Etame asset offshore Gabon. We will build on our strategic and operational successes while remaining focused on pursuing value adding growth opportunities in this improving commodity price environment.”

Recent action has seen 14% piled on for shareholders of the company during the trailing week. This is emblematic of the stock. EGY stock has a history of dramatic rallies. Furthermore, the name has registered increased average transaction volume recently, with the past month seeing exceeding 140% beyond what we have been seeing over the larger time frame.

Earning a current market cap value of $71.8M, EGY has a significant war chest ($27.7M) of cash on the books, which is balanced by about $6.3M in total current liabilities. One should also note that debt has been growing over recent quarters. EGY is pulling in trailing 12-month revenues of $62M. However, the company is seeing declines on the top line on a quarterly y/y basis, with revenues falling at -16.6%. This is an exciting story, and we look forward to a follow-up chapter as events transpire. For continuing coverage on shares of EGY stock, as well as our other hot stock picks, sign up for our free newsletter today and get our next hot stock pick!