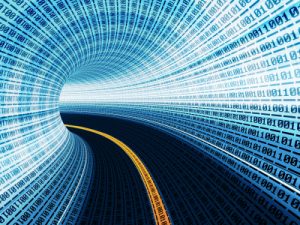 Airborne Wireless Network (OTCMKTS:ABWN) is a micro-cap player in the airborne wireless space. ABWN stock has been accelerating higher in recent days following the company’s announcement that they have entered into a Memorandum of Understanding with regards to a strategic marketing partnership for Airborne Wireless Network’s proposed broadband wireless network, trademarked as “Infinitus Super Highway”.

According to the recent release, Airborne Wireless Network is developing its “Infinitus Super Highway,” which contemplates providing a high-speed broadband airborne wireless network by linking commercial aircraft in flight as repeaters, which will send and receive broadband signals from one aircraft to another. If this project gets traction, the potential of this strategic direction to foster further growth could conceivably be a game changer for the company, a fact on display in recent action in the stock.

This network will enable participating aircraft to act as airborne repeaters or routers, sending and receiving broadband signals from one aircraft to the next creating a digital superhighway in the sky. The company is involved in developing Infinitus, an airborne broadband network providing connectivity for worldwide broadband carrier services using commercial aircraft. It intends to sell wholesale bandwidth to the telecom and Internet service providers.

Find out when ABWN stock reaches critical levels. Subscribe to OracleDispatch.com Right Now by entering your Email in the box below.

As noted above, the company has joined forces with a partner to create a high-speed broadband airborne wireless network by linking commercial aircraft in flight as repeaters, which will send and receive broadband signals from one aircraft to another.

Under the terms of the agreement, Air Lease Corporation will act as the exclusive marketing agent and use its extensive network of airline customers to market the “Infinitus Super Highway” to multiple airline customers throughout the world.

Jason T. de Mos, Vice President of Business Development and Aviation Compliance said, “Air Lease Corporation is one of the world’s largest aircraft leasing companies.  We are excited that they are on board to market our system to their worldwide airline customers and to introduce us to manufacturers such as Boeing and Airbus with the goal of having our equipment pre-wired on new aircraft.  Our collaboration will be a big step toward making our vision a reality, as we believe our airborne digital highway is the logical solution to fill the world’s connectivity void.  This partnership is a perfect fit for our strategy and will contribute significantly to the future of Airborne Wireless.”

The chart shows 31% piled on for shareholders of the company during the trailing week. The situation may be worth watching. ABWN stock has a track record that includes a number of dramatic bounces. Furthermore, the name has witnessed a pop in interest, as transaction volume levels have recently pushed just shy of 150% over what the stock has registered over the longer term.

It pays to take note of this fact with the stock trading on a float that is limited at just 30M shares. This type of thing is something to watch out for: a jump in average daily transaction volume in a stock with a restricted float can unleash fireworks as supply is squeezed. Since we last covered the name, the stock has moved 26.2%.

At this time, carrying a capital value in the market of $132.8M, ABWN has a chunk ($1.3M) of cash on the books, which stands against virtually no total current liabilities. The company is pre-revenue at this point. We will update the story again soon as developments transpire. For continuing coverage on shares of ABWN stock, as well as our other hot stock picks, sign up for our free newsletter today and get our next hot stock pick!