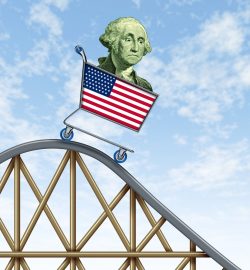 Pura Naturals Inc (OTCMKTS:PNAT) is a penny stock that has gone into true roller-coaster mode of late, logging wild gyrations on the chart seemingly unattached to recent news flow. That said, there are some interesting events underway at the company as well, including their recent announcement of the launch of Pura Marine, a division focused on developing solutions using AirTech Foam technologies and allied products directed towards oil spill prevention and remediation in our waterways. Overall, our sense is that the dramatic nature of this pivot has likely damaged the stock’s narrative among investors.

According to the release, Pura Marine is currently in negotiations with some of the largest marine oil transport companies in the United States and in addition is actively pursuing business in the trucking and oil sectors. “We are dedicated to focusing our proprietary technologies on industries and markets where we can provide better solutions for current challenges and unmet needs,” said Derek Duhame, President of Pura Naturals, Inc.

Pura Naturals Inc (OTCMKTS:PNAT) is a company that produces and distributes flies and other fishing supplies, and fly tying instructional DVD’s, as well as bath and body products. We must now also include this marine direction as well, making for an extremely eclectic combination of narratives.

It offers a series of fly fishing flies under the titles of Yummy Tandem Flies, Natural Selection, and Canyon Magic. The company was incorporated in 2005 and is based in Lakewood, Colorado.

The roots of the company come from an entity known as “PURA – DE”, a Delaware corporation, which was formed in 2013. PURA – DE partnered with Advanced Innovative Recovery Technology, Inc. (AIRTech), to create a revolutionary and proprietary bio-based foam called BeBetterFoam that is made from renewable resources instead of petroleum.

PURA- DE markets and sells a line of cleaning products based on the BeBetterFoam platform for consumer kitchen and bathroom, with additional products for outdoor hobbies (fishing and boating, spas and pools), pet care, infant care and industrial use currently under development.

According to company materials, “Pura Naturals has a household cleaning product that absorbs grease and grime while delivering unique soap infusion without harmful chemicals or the bacteria buildup common with typical sponge products. Pura Naturals’ foam technology was developed in response to the gulf oil spill. The revolutionary foam absorbs grease while repelling water and inhibiting bacteria growth and odors. The earth-conscious company prides itself on its plant-based products made from renewable resources with no petroleum by-products.”

Find out when PNAT stock reaches critical levels. Subscribe to OracleDispatch.com Right Now by entering your Email in the box below.

According to the company’s latest release, during its first quarter Pura Marine will have a symposium for prospective clients in both the government and marine industries. Pura Marine is expected to be an additional source of revenue for Pura Naturals, Inc. in 2017 and beyond.

There are some key events attached to this launch as well. For starters, Capt. Jim Russell joins Pura Marine as an advisor. Jim brings over 38-years of knowledge and expertise as a USCG 500 Ton Master of Tow in the Fuel and Oil Transportation Industries.

The company also notes that Pura Marine has participated and provided input with a few key industry events, including: Olive Crest Charity Pro-Am Saltwater Bass Fishing Tournament, which was viewed by over 5 million through the television and internet show, Angler Chronicles, on the Fox Sports West channels (an event that raised over $250,000 for the Olive Crest charity); the Prevention First Trade Show, which gave the Pura Marine products significant exposure to the commercial marine market, highlighting the products’ prevention as well as containment capabilities; and the PCC Harbor Masters and Port Managers Convention.

However, it is possible that this strategic development really some of the momentum that the company had developed around its household strategy related to foam cleaning products. Investors sold on that direction must now simply not know what to think given the massive gulf between the two end markets from a positioning standpoint. From that perspective, this type of complete pivot can be damaging, as it appears to have been in this case.

Now commanding a market cap of $72.3M, PNAT has virtually no cash on the books ($27K against a market cap recently over 9 figures), which must be weighed relative to $392K in total current liabilities. The company has pulled in $73K in the past three quarters, with all of that reported in the most recent quarter, which prevents us from discussing trend on the top line until its new report. This is an exciting story, and we look forward to a follow-up chapter as events transpire. For continuing coverage on shares of PNAT stock, as well as our other hot stock picks, sign up for our free newsletter today and get our next hot stock pick!