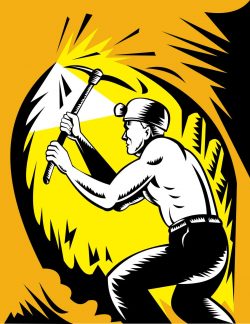 The company has an excellent track record of turning in consistent results, and continues to build out its portfolio of gold mines located in three major regions: the Americas, West Africa and Russia.

Over the last 12 months, shares of the company are up an impressive 136.59 percent.

Find out when $KGC stock reaches critical levels. Subscribe to OracleDispatch.com Right Now by entering your Email in the box below.

Going forward, the future of this Canadian gold mining company looks bright. As of November 22, analysts had a consensus price target on the company of $4.46, with a low of $3.22 and a high of $6.50. Obviously, Kinross has already blown through the low price and now looks set to make a steady march to the $5 mark.

What investors love about Kinross is the company’s consistent and solid operational performance. This is a company that doesn’t disappoint – it has met production and cost guidance for five consecutive years. And the company’s most recent quarterly performance (3Q 2016) was impressive – the company posted a 55 percent increase in adjusted operating cash flow on a year-over-year basis, as well as an increase of $153 million in adjusted net earnings on a year-over-year basis.

Most importantly, the price of gold is holding strong, and that’s obviously boosting the company’s financial results. For example, in 3Q 2016 the company sold its gold for an average realized price of $1336. That’s a big increase over the year-earlier period, when the average price was $1122.

Overall, the analyst community seems somewhat bullish on Kinross. Of the 12 brokerage houses following Kinross, 3 have a Strong Buy on the company, 3 have a Buy, and 6 have a Hold.

In 2017, it looks like shares of Kinross are starting to recover again after trading sideways or down for much of the final five months of 2016. There’s strong institutional ownership (64 percent) of the stock, and that gives the stock price a certain built-in level of support.

The question for investors really comes down to how they want to play the gold market. If investors are looking for a senior gold producer with a solid portfolio of gold mining assets and a long track record of performance, then Kinross could be the direction they head. If that’s the case, get ready to ride Kinross up past the $4 mark and possibly even beyond the $5 mark. As long as the price of gold holds steady, Kinross is poised for a move upward. For more news updates on $KGC and other fast-moving penny stocks such as Kinross Gold Corporation, please subscribe to OracleDispatch.com now.