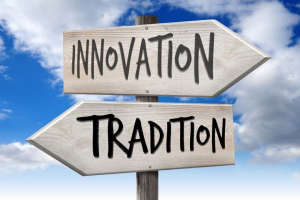 Vitality Biopharma Inc (OTCMKTS:VBIO) is a tiny medical marijuana play focused on neurological and inflammatory disorders, such as inflammatory bowel disease and multiple sclerosis. VBIO stock ripped higher in December partly as a consequence of some bold investor awareness work, but has since started to peel back into a trading range. The company breathed some new life into the story this week with the announcement of the publication of a scientific manuscript that details internal research efforts including the discovery and production of cannabinoid glycosides.

According to the company’s release, the scientific manuscript is titled, “Cannabinoid glycosides: In vitro production of a new class of cannabinoids with improved physicochemical properties,” which details the scientific pathway undertaken by the Company’s research and development team towards the discovery of a multifunctional plant enzyme from Stevia rebaudiana, as well as an ability to produce a diverse class of cannabinoid compounds known as cannabinoid glycosides, or cannabosides. The manuscript has been published through bioRxiv’s Biochemistry section on New Results, which focuses on advances in life sciences research.

Its products in the pipeline include Cannabosides – VITA-100 for gastrointestinal disorders, including inflammatory bowel disease and irritable bowel syndrome; Cannabosides – VITA-210 for muscle spasticity in multiple sclerosis and rare white matter disorders; and Cannabosides for epilepsy, schizophrenia, substance abuse, and Huntington’s disease.

According to company press materials, “Vitality Biopharma is dedicated to unlocking the power of cannabinoids for the treatment of serious neurological and inflammatory disorders.”

Find out when VBIO stock reaches critical levels. Subscribe to OracleDispatch.com Right Now by entering your Email in the box below.

The gist of the key submission boils down to addressing a central problem faced by prodrug synthesizers. Small molecule glycosylation is increasingly recognized within the pharmaceutical and biotechnology industries as a reliable means to alter the solubility and stability of drug compounds. Glycosylation may enable prodrug development strategies that extend patent life, improve the bioavailability of existing medications, and reduce side effects through targeted drug delivery.

The report is driven to make the case for this route. Traditionally, most pharmaceutical companies employ chemical synthesis methods, but chemical glycosylation is often ineffective due to the need for complex multistep synthetic routes that deliver inadequate yields. In 2013, Vitality Biopharma initiated a research program to overcome this key hurdle, and developed efficient means of glycosylation through enzymatic biosynthesis. In late 2015 and 2016, Vitality scientists applied this technology towards cannabinoids, including cannabidiol (CBD) and tetrahydrocannabinol (THC), creating a new class of cannabinoid glycosides called “cannabosides.”

The recent release notes that Vitality has already filed for intellectual property covering the subject matter described in this work, including composition of matter claims for more than 20 cannabinoid glycoside compounds. Cannabosides are now being developed as pharmaceuticals for the treatment of inflammatory bowel disease and narcotic bowel syndrome, a severe form of opiate-induced abdominal pain.

Traders will note relatively sideways action over the past week of action. But the listing has benefitted from a jump in recent trading volume to the tune of nearly 120% over what VBIO stock has registered over the longer term.

That could be important. The very limited float size in the stock (of 7M shares) presents a potential catalyst under certain circumstances, such as rising average volume. It’s something the veterans know to key on: with such a tight trading float, this kind of ramping interest can force a supply-shock squeeze.

Now commanding a market cap of $32.2M, VBIO has virtually no cash on the books, which compares with virtually no total current liabilities. VBIO is pulling in trailing 12-month revenues of $227K. However, the company is seeing declines on the top line on a quarterly y/y basis, with revenues falling at -11.2%. We will update the story again soon as further details emerge. For continuing coverage on shares of VBIO stock, as well as our other hot stock picks, sign up for our free newsletter today and get our next hot stock pick!